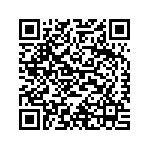 «Men and women who arrive in Europe from Syria are not poor or uneducated. They belong to the middle and upper – class. They are people who have an education, a cultural awareness of the world affairs, and the financial means to pay the smugglers. What does that mean? Europe is getting the best of the best Syrians». A firm and self confident voice added credibility to the copywriter of this statement, Mr Bassam Al-Kuwatli, a Syrian activist based in Gaziantep (southern Turkey).

Speaking at a policy briefing organized by the European Foundation for Democracy in Brussels, Bassam Al-Kuwatli shared his views on the immigration crisis and the Syrian civil war. «Most of the people who flee do not want to come to Europe. They just want to move on with their life in their country even if it is dangerous. If they leave, it is because they have no choice. Most Syrians sought shelter in the bordering countries where the living conditions are very poor. In some places it feels like living in concentration camps: there are no services, nothing to count on. Turkey indeed, is the country that puts most of the efforts to offer a decent living to the refugees».

Bassam Al-Kuwatli serves as the head of RMTeam, an organization that provides a variety of services to donors, local and international NGOs and private institutions, endorses the notion that if migrants are managed and handled properly they could be a net contributor to the European economy. «But it is important that we learn to distinguish integration from assimilation. European societies» he warned «are trying to assimilate migrants: They are expected to dress, talk and act as the locals do. We need to respect their identity. We need not to push them into becoming something they are not. By allowing migrants to be themselves and giving them opportunities rather that seeing them are victims, they will follow the integration path and they will be happy to contribute to the country that is hosting them. They take from society and when they can they will get back».

At least they try. The best intentions, indeed, do not meet the most helpful and fruitful social and cultural environment. As Al- Kuwatli points out, making it in Europe for a migrant is much harder than making it in northern America. «When I take a taxy» he recalls «I find out that most of the drivers are second and third generation. That’s scary. In Usa and in Canada, the first generation migrants would drive a taxy, would open a restaurant, but then, their children would become lawyers, engineers, doctors. In Europe they remain immigrants for generations. There is something wrong with the European social fabric».

Asked about what Europe can do to stop the flow of migrants, Al- Kuwatli asserted that the migrants stream will not go away but it can only be curbed by supporting Turkey’s efforts to take care and integrate the Syrians and taking action in Syria. «But I see the hurdles» he said. «There isn’t an united EU policy on Syria. The Syrian conflict must be handled with concrete actions such as enforcing a cease fire, or supporting certain groups over others. But there is got to be an action. The situation on the ground is complicated but the more we wait and the more complicated it will be. Waiting is the worst policy. Syria has become a soldier for a war fought by outside countries competing for regional influence. The revolution is still happening but it has been muted».