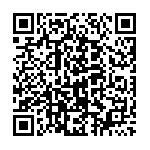 Journalists love NGOs the most and business the least. The findings of the report "Eu Media relations, Brussels journalist Survey & what the findings reveal for communicators".

Non-governmental organisations (NGOs) give Brussels journalists the best information. When NGOs collaborate with journalists to create a big story, companies and consultancies are often left scrambling in PR terms. We recently undertook a separate survey which showed that European business leaders believe NGO activists are the biggest threat to their reputation among all stakeholders, ahead of the media.
As another journalist told us: “NGOs tend to have an intrinsically catchier message. They’re more likely to be seen to be fighting a ‘good’ fight and not to be out for commercial interest. They’re also able to couch their message in catchier language. Companies have a harder sell in this regard. They’re less able to stick their necks out and adopt a position and rhetoric that lends itself to getting quoted in the press.

This is one of the meaningful conclusions from the “Eu Media relations, Brussels journalist Survey & what the findings reveal for communicators” produced by Dober Partners, that caught our attention and made our newsroom cheer and celebrate.

Are you in disbelief? Well, you should not. Indeed, think about why media folks deem NGOs so credible. NGOs are seen to defend the general interest; companies their own. They also use communication tools better, are very competent and know their stuff. They don’t beat around the bush, like many companies. Instead when you call an NGO you get a clear message. Trade associations are split between their members and they only have a lowest-common- denominator position and often they don’t even want to reply, explains the report.