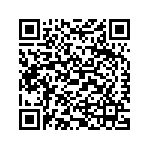 60% of EU citizens see discrimination based on sexual orientation and gender identity as widespread. This is why the EU Commission has launched a new campaign: We All Share the Same Dreams.

For many people in Europe, discrimination on the grounds of sexual orientation and gender identity is a daily reality.

The results of the EU LGBT survey, almost half (47 %) of all respondents said that they had felt personally discriminated against or harassed on the grounds of sexual orientation.

A majority of respondents who were attacked in the past year said that the attack or threat of violence happened partly or entirely because they were perceived to be LGBT (59 %).

"The survey results provide valuable evidence of how LGBT persons in the EU have experienced discrimination, harassment and violence in different areas of life. By highlighting and analysing the survey results, this report, together with the accompanying EU LGBT survey – European Union lesbian, gay bisexual and transgender survey: main results report, will contribute to much needed discussions in the EU and its Member States about concrete legislative and non-legislative measures to improve the situation for LGBT persons living in the EU, " states the survey report.

Thanks to the survey results, the European Commission is putting forward a 'List of actions to advance LGBTI equality' for 2016 -2019 to combat LGBTI discrimination, which includes communication and awareness-raising activities to improve the social acceptance of this group.

NGOs such as ILGA are also committed to campaigning for a world where all human rights of all are respected and where everyone can live in equality and freedom. As the leading worldwide federation campaigning for lesbian, gay, bisexual, trans and intersex rights, ILGA consists of 1,200 member organisations from 125 countries.

"With increasing levels of discrimination, politicians need to be more vocal to protect the rights of more vulnerable groups in society. Our campaign should help improve fairness, social acceptance and equal rights for LGBTI people in Europe, and will involve stakeholders at all levels from NGOs, national authorities, to the media," said Justice, Consumers, and Gender Equality Commissioner Jourová in response to the declaration of the Commission's new List of Actions to advance LGBTI Equality

With Europride 2016 in Amsterdam in full swing, it is important to remember that the latest Eurobarometer on discrimination shows that 60% of EU citizens see discrimination based on sexual orientation and gender identity as widespread, and it is a trend which has been rising since 2012.

With one in three LGBTI people are reported to have been attacked or threatened with violence because of their sexuality, it is more important than ever to remember that we all share the same dreams, irregardless of sexual orientation and gender identity.

To learn more about the campaign, watch the video below: