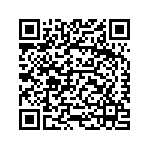 Women have been frozen out of the debate on the EU referendum. And now Brexit could lead to erosion of hard-won women rights and protections.

Loughborough University study published on 23rd May found that the gender gap was greatest in the press, but women were also significantly marginalised in TV reporting. Yet, the UK’s leading gender equality charity, the Fawcett Society said that the campaigns failed to put women centre stage as the campaign entered its final week.

One of the most important arguments in favour of staying in the EU was that the EU underpins significant improvements in the rights of women at work. With the UK will no longer have access to funding of €6.17 billion that EU allocated between 2014-2020 to achieve gender equality targets, some claimed that Brexit would turn the clock back on women's rights by "decades". Sophie Walker, leader of the Women’s Equality Party has called for “urgent measures” to “retain and expand the vital rights and protections” created as a result of Britain’s EU membership.

According to a recent report from The Trades Union Congress, TUC, the UK’s membership of the EU has led to real and substantial gains in working women’s rights. True, Britain had an equal pay act before it joined the EU, thanks to the famous strike action by the Ford sewing machinists in Dagenham in 1968, but it only guaranteed equal pay for women who were doing the exact same work as a man. Only the intervention of the European Commission in 1982 forced the United Kingdom to comply with Article 119 of The Treaty of Rome – equal pay for work of equal value.

EU law also helped women working part-time, gain equal pay and benefits compared to full-timers. It ruled that to give them less would be indirect sex discrimination as mainly women work part-time. This led to about 400,000 part-time women workers in the UK gaining an occupational pension for the first time. EU law also guaranteed women a minimum period of maternity leave, a right to return to the same job and protection from dismissal or any other unfavourable treatment because of pregnancy or maternity. Rights for parents and carers to take time off in an emergency and for parents to take 18 weeks’ unpaid parental leave per child also have their origins in EU law.

Now, with Brexit materializing, equal pay, sex discrimination and maternity rights are unlikely to disappear but they could be eroded over time as the gains made over the last four decades are reversed. “Rights of women part-time workers and temporary workers are under particular threat of repeal because those leading the campaign for a leave vote have directly attacked the directives that underpin them”, says the report.

But will Brexit really be so worse for women? The problem in predicting the effects of Brexit is that there is a great deal of uncertainty about how it would work. As many of the improvements in working women’s rights have come from EU case law, there are fears that the UK government would be free to override any judgement that improved workers’ rights. “EU law says that compensation for victims of sex discrimination must not be capped. But Conservative MPs and advisers have said that they want to limit discrimination awards. And the limit on unfair dismissal compensation (which is not protected in EU law) has recently been lowered”, says the report.

However, if we think that despite the Equal Pay Act 45 years ago, women still earn less than men in Britain today, the risk that Brexit could derail fight for equal pay should not be so underestimated. “And British women would not benefit from any future gains. For example, a new consultation of trade unions and employers has just begun at EU level on a new package of rights to improve work/life balance, including proposals for carers’ leave, flexible working and stronger protections from dismissal for new mothers”, concluded the report.

“This is why we ask the Government and those who will lead the negotiations to commit to maintaining existing progress on gender equality, particularly employment protections for women in work and co-operation across the EU to end violence against women and girls and set out their positive vision for what the future for women and gender equality will look like”, said Sam Smethers.