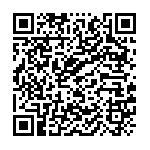 The challenges are mounting, the EU is less united and the road ahead is an uphill struggle. However, something has been accomplished. The reasons to be optimistic acknowledged by the EU Disability Forum.

Discrimination and inequalities persist in the EU. However, there have also been achievements throughout the years that create a stronger legal basis for the protection of the rights of persons with disabilities in the EU.
Some examples of EU initiatives that have had a direct positive impact on the lives of people with disabilities include: