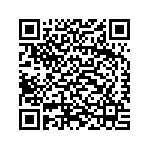 El Niño, through drought, floods and sometimes both, is causing food insecurity, increased food prices, death of livestock and economic slow-down. The most affected? Children.

The El Niño of 2015 to 2016 has now finished, but in many parts of Africa, Central America and Southeast Asia, rains and harvests are not expected to recover until 2017.

“We should expect future events to be less predictable, more frequent and more severe, starting with La Niña… The challenges to our response go far beyond humanitarian action,” said Secretary General Ban Ki-Moon.

Southern Africa is currently facing one of the strongest El Niño crises in 35 years, with an estimated 49 million people at risk.

Impacting on our global future are the are significant effects El Niño has had on children: not only through food insecurity and malnutrition, but through child protection concerns.

World Vision has conducted an early-stage child protection rapid assessment, initiated at the request of international humanitarian organisations working both in the Southern African region, and in the child protection sector. The objective of the assessment was to support the evidence-based programming and advocacy for countries affected by El Niño across Southern Africa.

Just under half of the respondents agreed that children and families were migrating out of communities due to El Niño induced drought. Most cited reasons for migration were; lack of food for family members, followed by drought, unavailability of water and lack of water for family members.

Results showed a pattern of increased numbers of separated and unaccompanied children as a result of El Niño induced drought, although with lack of clarity in the numbers impacted. Reasons for unaccompanied and separated children centred around children voluntarily leaving, either to seek work or due to lack of food, or caregivers sending children away, again either due to lack of food or to seek work. The pattern of age was the same for both contexts, with respondents selecting that UASC are more likely to be 5-14 years old.

Among those respondents who did agree that incidents had increased, the pattern was that this would impact girls under the age of 14 years old. In the case of sexual exploitation, 80% of those who had agreed that it had increased since El Niño believed that sex was being traded for food.

Just over fifty per cent of respondents believed that there had been signs of psychosocial distress in children since the start of El Niño. While respondents were unable to identi fy positi ve behaviour changes, negati ve behaviour changes were identi fi ed including unwillingness to go to school, sadness, aggression and excessive crying. Lack of food was identi fi ed as the most signifi cant stressor in the lives of children and adults. However, while adult’s stressors focussed on losses concerning El Niño such as livestock and livelihoods, the second most rated response for children was sexual violence.

Just over fifty per cent of respondents believed that children receive equal access to services in their communities. Of those who did not agree, the most cited reasons for children not receiving equal access were that of disability, sex (where girls were more likely to be excluded) and children from poor households

Nearly seventy per cent of respondents agreed that there were children in their community involved in child labour, with the most common forms of child labour cited as domesti c work, followed by sexual transacti ons and working away from home. Just over half of respondents believed that child labour had increased since the start of El Niño and believed that is was more likely to impact boys rather than girls.

Nearly eighty per cent of respondents agreed that school drop-out had increased since the start of El Niño. As is to be expected in this context, the most common reason cited was lack of food, but this was followed by children getti ng married and parents withdrawing children in order to seek work.