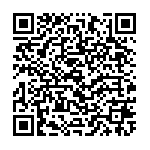 Citizens and stakeholders are organising European Union Energy Days throughout the month of June to activate the transition to secure, clean and efficient energy. Held as part of EU Sustainable Energy Week (EUSEW), presentations, workshops, conferences, tours, displays and other activities will spread the word about energy-efficiency and renewables. The events, which will take place in Europe and beyond, are expected to attract thousands of visitors. Over 30 Energy Days are planned for Brussels alone around the EUSEW Policy Conference and Sustainable Energy Awards.

This year’s Policy Conference is taking place in Brussels 14-16 June, to debate new policy developments, best practices, initiatives and ideas concerning sustainable energy, with a focus on the power of consumers and citizens. The Networking Village complements the Policy Conference, to explore policies and projects with stakeholder and EU institution representatives, and meet like-minded participants for future cooperation.

Power to the consumer

Consumers are being empowered by EU actions to reduce energy poverty and vulnerability, to develop an energy market that boosts competition, to protect citizens’ personal energy consumption data and to support citizens to engage directly in energy markets as prosumers – producing energy as well as consuming it.

This year, citizens and local authorities have been invited to take the lead in promoting renewables. Now going from strength to strength, this sector is breaking through early consumer resistance, so that a wider public can access its opportunities.

By helping consumers learn more about renewables and invest in the next generation of clean energy, citizens and public bodies can create value in a growing sector, spread development risks and rewards more evenly, and allow consumers to get involved directly in sourcing their energy from renewables. Consumer engagement doesn’t just bring energy to building the renewables sector, it frees up public authority and project promoter time and resources to use elsewhere.

Energy Days are a major part of European Sustainable Energy Week: a month-long series of activities to build a secure energy future for Europe. It includes the EUSEW Policy Conference, Energy Days and Networking Village and the EU Sustainable Energy Awards. Launched in 2006, EUSEW is organised by the Executive Agency for Small and Medium-sized Enterprises (EASME) in close cooperation with Directorate-General for Energy. It brings together public authorities, private companies, NGOs and consumers to promote initiatives to save energy and move towards renewables for clean, secure and efficient power.

The Sustainable Energy Awards took place on day one of the Conference. The winners of this year’s EU Sustainable Energy Week (EUSEW) Awards for innovative energy projects were revealed at yesterday’s Awards ceremony. For the first time, this included a Citizens’ Award, chosen online by thousands of members of the public.

The ceremony marked the end of the first day of 2016 EUSEW Policy Conference. EU Commissioner for Energy and Climate Action Miguel Arias Cañete, energy and consumer experts and press were in attendance to congratulate the successful projects. Short films showcased the three finalists for each of three categories – Consumers, Public Sector and Business – before members of the Awards jury announced the winners.

The Consumers prize was awarded to EcoGrid EU in Denmark, a project that demonstrates how smart grids can help consumers balance their energy demand with available power from renewables.

“We are very proud to win this award. We’re a small island and the prize is for the entire community of Bornholm. We want to be carbon neutral by 2025, and in 2017 all our power will be generated by renewable sources,” said the project’s spokesperson.

The Public Sector Award was awarded to Pokupsko Municipality in Croatia for its programme of energy efficiency and renewables projects for it to develop as sustainably as possible.

“Being nominated as a finalist for the EUSEW Awards was a great surprise and powerful recognition of the efforts made in our small community of 2500 people,”said Bozidar Skrinjaric, Mayor of Pokupsko. “It took us ten years to make these important sustainable energy changes – the prize motivates us to go further and become a 100% ‘renewable community’!”