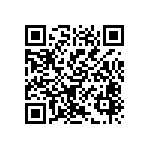 #IWD2016: 2015 saw a lot of progress for women's rights, but we cannot afford to be complacent. The march for International Women's Day in Brussels highlighted the many reasons why: from inequality, to gender-based violence and discrimination, we still have a long way to go before we achieve gender equality. 117 years, to be precise.

“On International Women’s Day this year, our solidarity extends to all women, but especially to women refugees, who are fleeing from war and famine and are exposed to extreme forms of gender-based violence and discrimination.”

International Women’s Day this year in Brussels saw a range of women’s associations and political groups participating in a march for solidarity with women, and especially women refugees. The march also called for action against budget cuts that are affecting women’s rights groups, in a growing trend of shrinking civil society space across the globe.

With groups ranging from BE-gender, to One, the Conseil des Femmes Francophones de Belgique and Le Monde Selon Les Femmes, as well as the European Green Party, the Young European Socialists and the PVDA (Worker’s Party of Belgium), the power of intersectional politics was clear in the numbers of people from all walks of life chanting in unison for solidarity for women worldwide.

At the march, the atmosphere was one of warmth and collective strength, despite the differently focused agendas of those there. From climate justice, to poverty and inequality, and more specific cases - such as those of the 8 March Women's Organization (Iran-Afghanistan) - there was a clear common goal: equality, justice and safety for women everywhere.