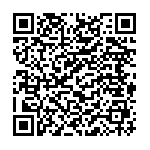 In a rapidly changing world where there is a growing awareness that we are facing fundamental problems, Positive Planet believes there has never been a more pressing time to celebrate and encourage the role of cinema in inspiring the change needed for a more positive future.

The 69th Annual Cannes Film Festival kicked off last Wednesday. Decades later, it remains the most world-famous with its premier red carpets in exclusivity and glamour. Each year, film directors, actors, actresses and celebrities alike gather on the resort town in the French Riviera to take part in the awards ceremony.

But the Festival at the French Riviera is not just about competition. And it's not simply about glitz and glamour. For the second year in a row, the Cannes Festival is hosting the second edition of the ‘Women in Motion’ Talks: a series of open discussions about the role of women in cinema, with a particular focus on ways of improving the representation of women in the industry. In 2015, as part of the Women in Motion initiative, two awards were handed out to Jane Fonda, recognizing the philanthropist's professional achievements and commitment to peace, women and equality, and Megan Ellison for her pioneering career and its impact on American cinema. This year, the prizes went to Susan Sarandon and Geena Davis for their contributions to the women’s cause.

Unfortunately, pollution, global warming, deforestation, the melting of the ice caps and other environmental topics are part of our day to day discussions and things just seem to be getting worse. The good news is that the artistic world is trying to make a difference. Indeed, reading about the major environmental issues just isn't the same as seeing and learning about it through an environmental documentaries or even portrayed through movies. In fact, a number of films in recent years are shedding light on the risks of pollution and climate change on our planet and actors and filmmakers are taking a more powerful position on the issue.

But Environment is just one of the issues on the top of agenda for Positive Cinema Week ‘program. The initiative launched by Jacques Attali and the Positive Planet Foundation is a full seven-days event taking place within in Cannes which includes sessions of projections and discussions moderated by film industry experts, business leaders and NGO leaders on the themes of the Environment, Progress and People and how these are portrayed in Positive Cinema.

“In a world constantly confronted by questions on immigration, political instability, human rights, religion, energy policy and the role of humanity in improving society, Cinema has the power to go beyond, as a platform for raising awareness on social and environmental issues, rousing future generations to learn from the examples of the generations before them and leave a positive legacy, and inspiring the films that will reflect the times we live in” explains Attali.

With the increasing amount of technological advancements in the world, our brains are practically taken over by machines on a daily basis. However, human interaction with technology and progress has been a pillar of the cinematic experience since the onset of cinema with the Lumière Brothers’ Workers leaving the Factory. “Films on progress challenge audiences to think about the impacts of technology on society and more importantly, on future generations”, Attali added.

Everything begins with people. Confronted with fear of the unknown, of progress, of injustice and barbarism, man is the beholder of his own destiny. Cinema on the self focuses on the social and political impacts of choice, spotlighting extraordinary rare individuals who through their charisma as simple citizens or super hero power, succeed in creating change.

Also for this edition of Cannes Film festival, a shortlist of the so-called positive movies, among those which were much more than just entertainment and left a greater social impact, has been established. The first Prizes for Positive Cinema will be awarded to movies on May 18th (2).