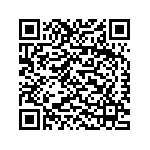 On Europe Day, millennials are asking politicians for social Integration of refugees and fair representation of women.

The Foundation for European Progressive Studies (FEPS Europe) is running #MillennialVoices today in Brussels, in order to empower Millennials to embrace the challenge of building and shaping democratic institutions that fit the needs of the 21st century.

From asking for a fair and easily accessible public healthcare, to demanding that politicians improve public education and denouncing cuts made on this issue, millennials are speaking up and fighting apathy.

"The parties promise a lot, but few of the things get carried out. It therefore becomes empty words/promises and politics doesn't seem so truthful, and the interest disappears," said one Norwegian millennial. In Turkey, only 24% of millennials reported being interested in politics, and it reached as low as 6% in Hungary.

The Millennial Dialogue Survey conducted by FEPS is “the most comprehensive and far-reaching international survey of millennials every taken”, and explores the ways in which political parties, politicians and public officials can engage with this generation and build trust among them in a way that is positive, progressive and participatory.

Some of the key findings included surveying the percentage of millennials that feel ignored by politicians. Bulgaria ranked the highest, at 84%, and Norway the lowest at 31%. According to a Turkish millennial, “politicians can win the trust of the young generation when they start to listen to them and keep their promises.”

With Europe Day placing the spotlight on the European institutions at large, millennials are asking for more representation of their own values from politicians.