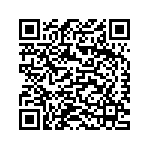 Millennials are facing a tough time with regards to employment. In most regions - despite being more educated, richer, and better fed than the baby-boomer generation - they are twice as likely to be unemployed than their elders. According to the founder of the global youth think tank ThinkYoung, Andrea Gerosa, we need less bureaucracy and more highly skilled workers.

Of the 1.8 billion that make up the “Millennials” - that generation of people born after 1980 - adulthood is proving tougher than for previous generations. This despite us being better fed, educated and wealthier than ever before. But work is harder to find, and owning a house is a distant dream reserved for our parents, or those born lucky.

Observers remain critical, and argue that across the EU are rigged towards helping the old and not the young. In many countries, labour laws require companies to offer copious benefits, and they make it hard to lay workers off.

For those with jobs, this is an ideal situation. But for the millennials just entering the workforce, it represents a problem. Companies are less willing to hire new staff, and, in most regions, the young are at least twice as likely as their elders to be unemployed. Not only that, but an ever greater share of public spending goes on pensions and health care for elderly people, which means that the net flow of resources (public plus private) is now from young to old in at least five countries, including Germany and Hungary.

According to global youth think tank ThinkYoung founder Andrea Gerosa, at the EU level "Two things need to be changed. In the short term there is no “quick fix” solution but a less bureaucratic and costly hiring procedure for companies. A higher impact can be achieved in the long term with a stronger focus on STEM (Science, Technology, Engineering and Mathematics) skills at university, and an earlier access to the work-place at high-school (as in Germany and Switzerland). These are the right policies to put in place."

With regards to the criticisms that EU policy-making favours the older rather than the younger generations, Gerosa said, "EU policy-making is not in charge of pensions, those are still up to National Governments. This being said, it’s not through increasing public spending that we are going to create more jobs. More jobs will be created by a growing economy and highly skilled workers. For a growing economy it’s very simple, we need to get the single market done. Europe has a larger economy than the US (higher GDP, larger population), however, we are not a single market yet."