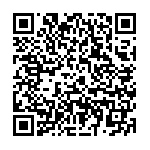 “A mass grave is being created in the Mediterranean Sea and the we are all responsible”. Gianfranco Rosi, whose films include Sacro GRA, winner of Venice’s Golden Lion in 2013, spent months living in Lampedusa to face what he has said perhaps after the Holocaust, it is one of the greatest tragedies the world has ever seen. The island is conveniently closer to Africa than Europe, around 70 miles from the Tunisian coast and further south than Malta

In his documentary “Fuocoammare” (“Fire at Sea”), which takes its title from a popular song of the Forties which tells of warships in flames that lit up the sea, the director follows the daily life of 12-year-old Samuele, his fisherman father and grandmother, and other characters, to look at the perilous journey undertaken by African and Middle Eastern immigrants trying to enter the European Union.

The documentary should be a reminder that migrants are not just statistics: how many victims, how many refugees," says Gianfranco Rosi speaking at a press conference following the film.

"If Europe has coped with refugee surge in the very recent past, in Lampedusa these landings have been going on for about 20 years. Even though today the practice to deal with the influx of the asylum seekers has become more institutionalized arrangements. Before operations Mare Nostrum, Frontex and Triton, the boats used to arrive directly onto the island. Now, they are intercepted on the open sea and the migrants are taken by bus to the reception centre for medical examinations and processing”. While they live in a sort of unhappy limbo awaiting transfer to other sites, life on Lampedusa seemingly continues as it has always been.

Rosi’s documentary unexpectedly merged as one of the favorite among 18 contenders for the festival's Golden Bear top prize at the Berlin International Film Festival. In the center of a country where a survey, conducted on 1-2 February, showed just 46% of Germans supported Angela Merkel. The German chancellor has come under increasing pressure to reduce the number of migrants after the country took in 1.1 million people in 2015. For many Germans, sexual assaults on women in Cologne on New Year’s Eve have confirmed suspicions that men from the Middle East do not respect the independence and freedom that Western women enjoy. “Although the public and the German press have enthusiastically embraced the film, I felt the growing tensions between citizens and refugees”. Germany is one of the largest nations in the EU to open its borders to an estimated 4 million Syrian refugees displaced by the brutal civil war taking place there. “Why only Syrian refugees? Germany and Europe have a moral duty to provide sanctuary to all those who flee grave danger”, says Rosi.

In the movie, Samuele is forced to wear a patch to counteract a lazy eye, which Rosi said was a metaphor for how world leaders have approached the refugee crisis. " Since the start of the refugee crisis, we have argued that Europe should welcome persecuted people and carefully manage their entry into European society. But they are failing since the aim is to establish control over its external borders”. Last year Bulgaria build a thirty-kilometer-long wall along the border to Turkey in order to stem the influx of Syrian refugees. Austria has said that it is planning to build a fence along its border with Slovenia and Italy in order to control the flow of asylum seekers.

Although, as long as there is war, no wall, no barrier, would not prevent refugees from reaching Europe and men, women and children seeking safety will continue to perish at sea. The director knows that all too well. After three months during which Rosi has accompanied coastguard in numerous and mostly dramatic rescue missions of people on overcrowded boats, the tragedy was revealed to him in the cargo hold. With his camera, Rosi shows dozens of people died of hunger and thirst, or likely asphyxiated by fumes from the vessel's engine. Images that bears witness to a tragedy that's happening right in front of our eyes. If we don’t look at them, we are also complicit in a humanitarian disaster.

Migrants are often victims of unscrupulous smugglers. "A thriving business that pays billions" says Pietro Bartolo, the only medical doctor in Lampedusa, who cared for hundreds of thousands of immigrants and refugees passing through the island. Those who pay most get the privilege to sit on the top deck, which Bartolo referred to as “first class” rather than being stuffed into the ship hull, called “third class”. Many of them often arrive with ulcers and chemical burns from the petrol that floods the boats' holds. “It’s really awful to look at this images that always leaves a hole in my stomach”.

For Rosi we all are responsible for this genocide. “With each day we delay we slip further into an immoral abyss. We can't act as if each tragedy is the last while simply lamenting poor souls”