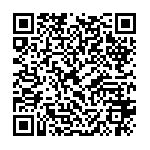 Ahead of a meeting of heads of state or government of the European Union (EU) with Turkey on 7 March in Brussels, UNHCR, the UN Refugee Agency, has today issued recommendations aimed at helping States solve the refugee situation in Europe.

"We are running out of time, and strong leadership and vision are urgently needed from European leaders to deal with what is, in our view, a situation that can still be managed if properly addressed," said UN High Commissioner for Refugees Filippo Grandi. "This is as much a crisis of European solidarity as it is a refugee crisis. The collective failure to implement the measures agreed by EU Member States in the past has led to the current escalation in the crisis," he added.

The situation is quickly deteriorating with some 30,000 people now in Greece, almost a third of whom are in Idomeni just near the border with the former Yugoslav Republic of Macedonia. Although the Greek authorities and military have ramped up their response, thousands are sleeping in the open without adequate reception, services, aid or information. With tensions mounting, the situation could escalate quickly into a full-blown crisis. UNHCR is supporting the Greek Government's efforts by deploying staff, helping coordinate the response and providing emergency shelter, technical support and information to refugees and migrants.

"The participation of all EU Member States in a solution is critical to managing it effectively," Mr. Grandi said. "It should not just be left to the entry countries of Greece and Italy, and those such as Austria, Germany and Sweden, who welcomed so many." High Commissioner Grandi has proposed a plan to EU Member States to manage and stabilize the refugee situation. The plan includes six key points, intended as broad guidance:

1. Implement fully the so-called "hot spot" approach and relocation of asylum seekers out of Greece and Italy and, at the same time, return individuals who don't qualify for refugee protection, including under existing readmission agreements.

2. Step up support to Greece to handle the humanitarian emergency, including for refugee status determination, relocation, and return or readmission.

3. Ensure compliance with all the EU laws and directives on asylum among Member States.

4. Make available more safe, legal ways for refugees to travel to Europe under managed programmes– for example humanitarian admission programmes, private sponsorships, family reunion, student scholarships and labour mobility schemes – so that refugees do not resort to smugglers and traffickers to find safety

5. Safe-guard individuals at risk, including systems to protect unaccompanied and separated children, measures to prevent and respond to sexual and gender-based violence, enhancing search and rescue operations at sea, saving lives by cracking down on smuggling, and countering xenophobia and racism targeted at refugees and migrants.

6. Develop Europe-wide systems of responsibility for asylum-seekers, including the creation of registration centres in main countries of arrival, and setting up a system for asylum requests to be distributed in an equitable way across EU Member States.

UNHCR's proposals make clear that equitable sharing of responsibility is key to bringing about a managed and orderly solution, and that EU Member States would need to agree a system of percentages of asylum-seekers for each Member State to take. "Europe has successfully dealt with large-scale refugee movements in the past, during the Balkans Wars for example, and can deal with this one, provided it acts in a spirit of solidarity and responsibility sharing," said High Commissioner Grandi. "There is really no other option than working together to solve this."

UNHCR's paper "Stabilizing the situation of refugees and migrants in Europe Proposals to the Meeting of EU Heads of State or Government and Turkey on 7 March 2016", 3 March 2016, can be downloaded here:

According to a recent UNHCR survey of Syrians and Afghans arriving in Greece, the vast majority cited conflict or violence as their main reason for leaving their country. UNHCR is continually calling on governments with influence to address the root causes that are driving so many people from their homes.