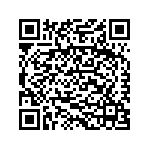 According to the Italian MEP, if there is a wall to pull up that is the one barring the pathway of anti-Schengen governments.

«The European Parliament must oppose with all its means those who aim at endangering the survival of Schengen». It is the message delivered to Vita International by Cécile Kyenge acknowledging the growing attempts revealed and implemented by some governments and political parties to limit the free circulation of people across European member States.
The Italian MEP of the S&D group and rapporteur on migration for the European Parliament, is indeed voicing out her concerns over the safeguarding of the Schengen system and her resolve to preserve it. According to Kyenge «the Socialists and Democrats parliamentary group, which holds the parliamentary majority, will have to fight to protect the free movement of citizens within the European Union. If there is a wall to pull up, that is the one barring the pathway of anti-Schengen governments».

And that’s not it. MEP Kyenge seems to be lucidly on the fighting mood and she is ready to face the Schengen’s challengers calling them to come forward. «Those political leaderships that are demanding the extension of the internal border controls» she said «should come forward and clearly state if they want the end of Schengen or the beginning of mini Schengen, which is also unacceptable. In case they don’t root for the end of Schengen they should immediately endorse the package containing measures that would save Schengen once for all: the revision of the Dublin treaty and of the European coastguard».