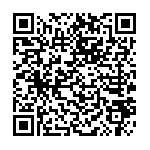 A Valletta seminar that paves the way for the efforts of those on the ground engaged in social dialogue. Mcl president Carlo Costalli pushes a social agenda.

"In the face of the immense tragedy of people fleeing from death, war and hunger, we can no longer hesitate on reception. We have to work hard to turn this tragedy into an opportunity for cultural and economic growth for us all”. A call to action and solidarity uttered by Carlo Costalli, President of MCL (The Movement of Christian Workers) speaking from Malta at an international seminar "Key areas for the European social dialogue" organized by EZA with the EU's contribution. A conference organized to address the present-day’s most pressing issues, such as immigration, social dialogue, and the economic crisis that still plagues European countries.
"The problems stirred by immigration streams must be addressed by the constant efforts of those on the ground engaged in social dialogue and enhancing social components," continued Mr. Costalli. “The new scenarios require us to fast-track a lot of dynamics: primarily the social market economy, which should eventually establish itself as a way to prevent the economy being taken over by financial markets, and thus pushing the agenda of employees’ participation in their undertakings within the organizations they work for”.

According to Mr. Costalli if it is true that the economic crisis is still a specter threatening the horizon of European development, it is important to realize that there is an economic and social reality that cannot be silenced. “We need man and women” says Mr. Costalli “ who come from a foreign land to keep our systems thriving: given the fact that the population growth rate is close to zero, whilst the life-expectancy of the European population has lengthened considerably. From this point of view our resources must necessarily be invested in those who flee from poverty, war and persecution".

During his stay in Malta the President of MCL met several politicians, including the president of the Maltese Parliament Angelo Farrugia, and the heads of the Maltese trade union UHM (Union Haddiema Maghqudin). Costalli was also received by the Archbishop of Malta, Mgr. Charles Scicluna Jude, for an exchange of views on the international situation .