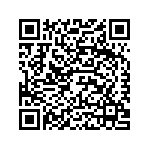 The effects of corruption are manifold. From undermining development, democracy and the environment, as well as fuelling inequality by putting money into the hands of the rich and distorting decision-making processes, corruption is a scourge on global progress. Transparency International's Corruption Perceptions Report 2015 indicates that there is still a long way to go in the global fight against corruption, but there are some glimmers of hope.

“Corruption is a blight”

Poor countries lose $1 trillion US dollars to corruption every year. Corruption and conflict are complicit bedfellows, with 5 of the 10 lowest scoring countries also ranking amongst the 10 least peaceful places in the world. 68% of countries worldwide have a serious corruption problem, and half of the G20 rank among them. The problem is global.

Transparency International’s annual Corruption Perceptions Index has been published for 2015. The index provides a birds eye view of global trends, by measuring the perceived levels of public sector corruption in 168 countries.

The 168-country ranking shows good governance, transparency and accountability are being whittled away by war and economic strife.

The different faces of corruption

Corruption in its simplest form involves the misuse of entrusted power for private gain. Typically corruption comes in the form of bribery, however it can also be more surreptitious, with corruption being structured into laws, such as structural adjustment policies and unequal trade agreements.

Not only that, but often so-called "clean" countries are involved in corruption overseas. For example, Swedish-Finnish firm TeliaSonera – 37 per cent owned by the Swedish state – is facing allegations that it paid millions of dollars in bribes to secure business in Uzbekistan: a country that comes in at 153rd in the index. "Europe's role in facilitating corruption around the world is something it needs to think long and hard about," said Carl Dolan, Head of Transparency International's EU Office speaking to Vita International.

The results from this year?

The top scoring “clean” country is Denmark. The lowest scoring is Somalia, closely followed by North Korea and Afghanistan. Some of the most notable trends emerging from the 2015 results is that in the Americas there has been “the uncovering of grand corruption networks and the mass mobilisation of citizens against corruption,” says Alejandro Salas, Transparency International Director for the Americas. “The Petrobras and La Linea scandals are testament to these trends in the two biggest regional decliners: Brazil and Guatemala.”

“Also very worrying is the marked deterioration in countries like Hungary, FYR of Macedonia, Spain and Turkey where we’re seeing corruption grow, while civil society space and democracy shrink. Corruption won’t be tackled until laws and regulations are put into action and civil society and the media are genuinely free.”

That being said, there are reasons to remain optimistic. "One of the most interesting things we've seen since the economic crisis is that people and international organisations such as the EU are more vocal against corruption. It has become more a part of public discourse. People have taken to the streets in Romania, Bulgaria, and Spain. We need to capitalise on this trend, by ensuring reforms," says Dolan.

By transforming the increasing pressure from the streets and international organizations into political will for reform, corruption can slowly but surely be reduced worldwide.