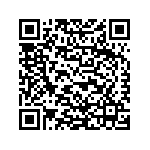 Tunisians have taken to the streets once again to protest unemployment, corruption, and social inequality. "Solutions exist, but some patience and optimism are needed," says Prime Minister Habib Essid.

On the streets of Tunisian cities, people are protesting, chanting the slogan “Work, Freedom, and Dignity!”. Starting in the northern region of Kasserine, protests have spread over the country into at least 15 cities, and a nationwide curfew has been imposed, following “attacks against public and private property”.

The suicide by electrocution of the young graduate Ridha Yahyaoui is too similar to the self-immolation of street vendor Mohamed Bouazizi to ignore. Both were protesting unemployment and social inequality. Both suffered injustice at an institutional level: Bouazizi had his wares, and so his livelihood, confiscated. Yahyaoui was removed from the list of hires for public service jobs. Both were not given an explanation. Both felt voiceless, powerless, and took their own lives in desperate last acts that raised the social consciousness of a whole country.

The Arab Spring of 2010, with Tunisia’s “Jasmine Revolution” leading at the helm, aimed to tackle the deeply ingrained problems of corruption, unemployment, and lack of political freedoms. They ousted the president Zine El Abidine Ben Ali. A lot was achieved. But now Tunisians are saying that it is still not enough.

Five years on, and a lot of the same problems still remain.

In their analysis on Tunisia, the European NGO network for social justice, Solidar states that “Tunisia continues to suffer from high unemployment and informal sector rates, coupled with disproportionate labour market marginalization of women and young people."

According to World Bank statistics, 31.20% of Tunisian youth are unemployed. The total unemployment rate in the country is 13.30%.

If the unemployment rates in Tunisia are bad, the corruption rates are just as shocking. According to Transparency International, in 2013 over 450 million dinar were paid as bribes. Last year, 27% of Tunisians admitted to paying bribes, especially to speed up bureaucratic processes. Public debt amounts to 50.03% of GDP.

The protests that are currently happening are highlighting the problems. But what are the possible solutions?

Solidar is offering the following recommendations to the Tunisian government and EU institutions: “increase the support to social economy actors in Tunisia, as a key tool to foster the transition from informal to formal economy; intensify efforts to improve women’s access to formal and decent employment; eliminate the wage gap between men and women applying the principle of equal pay; increase efforts to effectively combat child labor by instituting specific labor inspections; and integrate Persons With Disabilities in the labour market.”

31.20% of Tunisian youth are unemployed. The total unemployment rate in the country is 13.30%.

Tunisia is rising again, and the issues bringing people onto the streets are the same as during the Arab Spring. However this time the political landscape is markedly different. The threat of the Islamic State using the present instability to gain ground in the country adds an extra dimension of risk. Tunisian Prime Minister Habib Essid has asked his countrymen to be patient: "Solutions exist, but some patience and optimism are needed." It remains to be seen whether this second wave of protests will achieve the changes people died for five years ago.