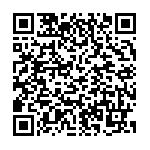 G20 governments including the US and China have failed to deliver on their promise to fight corruption by adopting laws to end the secrecy that makes it easy for the corrupt to hide their identity and shift money across international borders.

As much as $2 trillion is laundered each year, much of it by hiding company ownership, yet only the United Kingdom in the G20 is actively working to make it harder for the corrupt to hide their cash, according to a new report " Just for show? Reviewing G20 promises on beneficial ownership" from Transparency International.
The world’s biggest economies, the United States and China, are among the worst performers, falling into the “Weak Framework“ category. Both must intensify efforts to put the laws in place to stop the misuse of companies and other legal entities for corrupt purposes.

"Pick any major corruption scandal in recent history – Petrobras, FIFA, Ukraine’s Viktor Yanukovych – and you will find a secret company was used to pay a bribe, shift and hide stolen money, or buy luxury real estate in places like London and New York. It makes no sense that this gaping loophole for the corrupt remains open. What is stopping G20 countries from actively shutting down this vital avenue to corruption, despite promises to do so?” asked Transparency International Managing Director Cobus de Swardt.

It is now one year since G20 governments made the bold commitment (the G20 Beneficial Ownership Transparency Principles) in Brisbane to dismantle the legal structure that allows anonymous companies, trusts and other legal entities operating in the world’s 20 biggest economies to transfer and hide money often stolen through corruption.
Some countries have fallen behind on the most basic aspects of ensuring we know who is really behind companies, trusts and other entities. Brazil and South Africa have not even adopted a legal definition of beneficial ownership, the technical term used to describe the real person or persons ultimately in control.

G20 governments also need to tighten up their oversight on companies, banks and the people who help the corrupt to enjoy lavish lifestyles at the expense of their own citizens. Only two countries, India and the UK, require companies to record and keep up to date information about the real person who owns or controls them. That means in the rest of the G20 if a company does something illegal it may not be possible to hold the actual owner accountable.
Even more disturbing, in eight G20 countries that include the financial centres of New York, Tokyo, Shanghai and Sydney, even if banks can’t find out the identity of the real person behind the money, they can still go ahead and finish the transaction.

Governments need to supply the tools to make it easier for banks, accountants, lawyers and other businesses to stop corrupt customers. This means creating a central, public register containing beneficial ownership information, it’s that simple. The world looks to the G20 for leadership on political, economic and other important issues of the day. To avoid looking little more than a talk shop, they must keep their promises, including on tackling corruption

In seven G20 countries real estate agents don’t need to identify the real people who are behind the sales and purchases of property. As a result hundreds of billions of dollars of property in London and New York have secret owners. It is incredibly difficult to stop a corrupt politician from buying a luxury mansion with money stolen from public coffers if he uses simple measures to hide his connection to the funds.
Even though the UK is top-ranked in the survey its score under this assessment only covers domestic law and not the beneficial ownership standards for legal entities and trusts incorporated in the British Overseas Territories and Crown Dependencies.
The weaker performance in many of the British Overseas Territories and Crown Dependencies on key beneficial ownership issues threatens to undermine the UK’s implementation to the G20 principles as a whole.