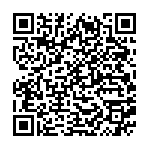 With the world focused on ISIS, there is little space in the news for anything other than the aftermath of the Paris attacks. However, in a report published by global affairs watchdog International Crisis Group (ICG), we are being warned of the growing threat of Al-Shabaab on the African continent. They are also offering some solutions.

In their recent report entitled “Kenya’s Somali North East: Devolution and Security”, the International Crisis Group draw attention to the “rampant criminality, inter-clan animosities and small-arms proliferation” that is occuring on the 680km border between Kenya and Somalia. There is a growing corruption that has allowed the “violently extremist Al-Shabaab movement to expand and operate with relative impunity across large areas”, through the infiltration and radicalization of refugee camps hosting over 350,000 Somalis fleeing conflict in their own nation.

Al-Shabaab has carried out a number of terrorist attacks in Kenya this year, with one of the largest seeing the slaughter of 41 people in a village near the Somali border. There were claims earlier this year of Al-Shabaab pledging allegiance to ISIS. In fact, only a small faction led by the formerly UK-based Abdul Qadir Mumin chose to join the Islamic State’s vision of global jihad. For the most part, the East African terrorist group remains faithful to al-Qaeda: this last of which is steadily losing the ideological battle against the Islamic State.

there are 10 or fewer terrorist forums where the most battle-hardened jihadis gather, and the chat rooms have rigorous controls on who can post. Only one of these terrorist forums...remains loyal to al Qaeda and its affiliates.

The Kenyan government is attempting to “bridge a breakdown in cooperation, especially in local intelligence-sharing” between the devolved counties in the North-East and the centre, by adopting a new security approach. This problem of the sharing of intelligence is not solely limited to Kenya: yesterday it was echoed by Rachida Dati in the EU parliament, and today by the Director of Europol, Rob Wainwright. The latter stated that we need to "maximise our ability at the EU to share information...it's absolutely critical that we provide a platform for police cooperation across Europe, given the clear European dimension of the attacks."

But, in Kenya, as the report explains, relations between the devolved counties and the centre are historically strained, as “county elites under-utilise existing peace-making structures...while keeping the national government and its good offices at a distance, and ignoring or sidelining women and youth networks." This split is reminiscent of Europe, which is currently navigating the murky waters between national and continent-wide cooperation.

In the conclusion of their report, ICG highlights the need for an independent, solutions-based commission, to be headed by a team of experts. The bolstering of social services - especially education - was also a top priority. As their analysts warn us: “a purely security-focused approach, however innovative, is in any event not a panacea.” A warning that perhaps we in Europe would also do well to keep in mind, as the debates here in Brussels on how best to tackle terrorism in Europe continue.