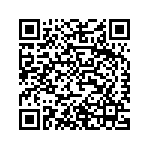 Brussels, 2nd December: The European Commission adopted a Circular Economy Package: a series of measures that aim to stimulate the European economy, increase its competitiveness on the global markets, and create new jobs.

What is a circular economy?

In layman’s terms, a circular economy aims to reuse instead of consume and then throw away. The European Commission’s circular economy package will start a transition towards an economic model that reduces waste, and promotes re-use, efficiency, durability and recycling. This means extending the life-cycle of products, as well as reducing the 600 million tonnes of waste that could be reused and are instead thrown away in Europe every year.

The circular economy aims to improve durability, have more efficient waste management and create better designs that makes it easier to repair, reuse or remanufacture old products. It would also involve new business models based on leasing, sharing or selling pre-owned products.

Most importantly, the circular economy package are not measures solely aiming to tackle environmental issues. Instead, it is “ a whole new mind-set so that the 'circularity' dimension of products, materials and processes should be considered and promoted in all policy areas."

Why a circular economy?

The package will improve productivity and create new jobs. A 30% higher resource productivity by 2030 would increase the European Union's GDP by 1% , as well as creating more than 2 million jobs.

Not only that, but the circular economy package will help tackle the number of environmental issues that are currently being discussed at the COP21 summit in Paris

The average European consumes 14 tonnes of raw materials and generates five tonnes of waste a year.

Despite its progressive outlook, the circular economy package has received criticism from both the Group of the Progressive Alliance of Socialists and Democrats (S&D) and the Greens of the European Free Alliance.

The S&D state that “If the whole package creates a really ambitious framework towards a Circular Economy, we cannot say the same about targets fixed in the new Waste Package. We also think that the 65% target for recycling of municipal waste by 2030 is not enough. The proposal that was initially discussed already with the Barroso Commission back in 2014 set the goal to 70% and this is the minimum we will call for in the Parliament. It also lacks a concrete marine litter reduction target and a food waste reduction target; these are not environmental issues but ethical ones.”

For the Greens, the concern is that the circular economy package is a missed opportunity to move to living within our planetary means and bringing benefits to society, such as green jobs. For this reason, the Greens/EFA believe that the circular economy package needs to include the following points: the integration of resource consumption into economic accounting; making jobs part of the transformation; recycling being considered the last resort and not the answer; investment in small scale enterprises instead of the linear economy; and creating effective regulation, not just voluntary efforts.