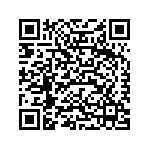 Artists for Paris Climate 2015 will take place during the whole COP 21 summit: 15 world renowned visual artists are mobilising to bring attention to climate issues through their art projects.

On the occasion of COP 21 summit, world renowned contemporary artists are mobilizing and acting to highlight the impacts of climate change and desertification through their art projects.

The initiative, entitled Artists 4 Paris Climate 2015, will feature art projects displayed in public spaces in the centre of Paris, stretching all the way to the conference site in Le Bourget.

15 leading visual artists from all over the world have agreed to participate in the initiative.
They will create completely new work inspired by the issues discussed during the conference or from a previous project, especially focused on the global event of COP21.

Olafur Eliasson's installation , Ice Watch, was destined for the Place de la République in Paris before the Paris attacks and risked cancellation. As the site is a central point for mourning , the installation will instead open in the Place du Panthéon in Paris on Thursday, 3 December 2015.

The installation is described as being “twelve immense blocks of ice, harvested from free-floating icebergs in a fjord outside Nuuk, Greenland, will be arranged in clock formation on the Place du Panthéon, where they will melt away during COP21.” Watch and read about the project here: http://icewatchparis.com

During the event, a charity auction of artworks from the art projects will be organized by Christie's, the world premier auction house, together with the United Nations Convention to Combat Desertification (UNCCD), in order to generate funds to support actions against climate change and desertification.

Organizations committed to a more sustainable world are being approached to support each art project for the event.

Action is taking place with each artwork sold: after a sale, a matching symbolic action on the fight against climate change and desertification will be carried out on sites in Africa, Asia and Latin America selected by the UNCCD.