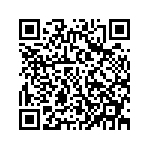 Nove Onlus is a young non-profit organization that engages in humanitarian aid, education and socio-economic development in Afghanistan, Ethiopia and Italy. It also carries out grassroots interventions in Greece, which aim at supporting refugees. In the limbo of Idomeni, located at the Greek-Macedonian border, Nove Onlus witnessed stories of war and hope such as the one of Mujaahid and other Syrians refugees. The organization is committed to do its best to help them.

Some ten months ago, in the Syrian town of Daraa the southern-factions of the Free Syrian Army together with al-Nusra attempted to oppose the Governmental army, which tried to regain control over the territory. That was the second heavy offensive in a few months. The fight mainly occurred outside the city controlled by the southern-front. However the Government’s forces raided very often.

Mujaahid a 27-year-old foreman was on his way back home with some bread and vegetables for the family’s supper to enjoy with his wife and their three daughters. He’s been spotted by a governmental sniper hiding on a random building.
The sniper assumed Mujaahid was carrying food and ammunition to the Free Army and without hesitation shot him. Mujaahid wounded, and lonely started screaming for help. Some Free Army militia eventually managed to clear the area and rescue him.
The bullet penetrated his back, fractured three vertebrae and damaged the nerve plexus. The exit hole of the bullet devastated his intestine.

In Daraa there was no possibility for Mujaahid to be treated for his injuries thus the only chance was to try to reach the border with Jordan. The ride lasted the whole night. In Jordan Mujaahid is hospitalised in a field hospital where he’s been transfused with 25 blood’s bags and underwent numerous surgeries. After he’s been stabilised the medical team performed an ileostomy: a surgical operation in which a piece of the ileum is diverted to an artificial opening in the abdominal wall. Some metal screws and rods are used to stabilize the spine.
However Mujaahid could not feel his legs anymore. He became paraplegic and was confined to the wheelchair. After more than a month he returned to Daraa, but his condition worsened and both the infections and the wounds prevented his recovery.

In Daraa the are neither drugs nor possibilities to recuperate. Moreover the city was about to succumb yet again to another offensive by the Governmental Forces. There are chances for Mujaahid to recover, but certainly not there in a desolated Syria.
Hence, Mujaahid decided to held onto to his hopes and take a difficult decision as a man, a husband and a father. Mujaahid and his family decided to seek refuge in Turkey. The family left Daraa embarking on a dangerous venture bringing along just a few belongings.
After a few weeks the family arrived in Kirkis (Turkey) at Gaziantep’s refugee camp. Here the medical doctors said that his chances of recovery would be only of 10% . However in Europe his chances would be much higher. Mujaahid wants only one thing, namely a dignified life for his family and for himself. He knew that for this reason he had to fully recuperate. The decision is made and with the help of some relatives and friends, Mujaahid on the wheelchair together with his wife and the young daughters embarked for Europe. Next destination: Greece

From Izmir (Turkey) the human traffickers smuggle people to Chios (Greece). The night-crossing last approximately 2 hours. The traffickers overload old dinghies and charge 1000 euro per person including children. Many people do not make it. Those who luckily land in Greece fall to their knees and kiss the ground… a ground filled with hope. They are now in Europe! They also pray for their fellows who lost their lives during the crossing. Mujaahid clearly can’t drop to his knees, but the night he arrived in Chios he raised his hands to the sky and thanked God for His blessing. Then he hugged his wife Wouroud and their girls.
The long and dangerous travel however is still not over. At the end of March 2016 the family arrived in Idomeni at the Greek-Macedonian border. Idomeni is a village of a few inhabitants along the railway line. A few months ago it represented for thousands of refugees the passage through the Balkan route towards Europe. Nowadays it’s just a prison. The border is closed.

More than 12.000 people (more than 40% of them are children) feel like imprisoned in the middle of nowhere, in a muddy slum-like area. They sleep on the floor exposed to the danger of snakes and mosquitos.
They have been waiting for two months facing the barbed wire, surveyed by helicopters and riot police. How can human beings who fled from war tolerate to be held captive and fear again for their lives, which is threatened by armed policemen?
The majority of the refugees trapped in Idomeni are from Syrian origin. They are middle-class people, many of them speak English and are well educated. They are dentists, teachers, artisans, architects …all humiliated and obliged to live in a piggery. This conditions are unacceptable everywhere, especially on European soil.
This is a human tragedy that hits both the body and the soul of the people. The state of despair they lie in is palpable. It’s to be recognised in the eyes of the extraordinary women living in the camp who joined their spouses seeking for a better and peaceful live for their family members. Those empty and hopeless eyes gleamed in the reflected light of shame of Idomeni.
The more established humanitarian aid agencies struggle to cope with this emergency and with the consequences of the sudden border’s shutdown.
Ten days pass by and no medical personnel visit Mujaahid. However he cannot wait any longer since his physical condition is worsening. The back infection need urgent care and one foot is starting to gangrene. He decided to leave that hell on earth and moved towards south.

Nove Onlus’ volunteers meet Mujaahid for the first time at Eko gas station, a few kilometres south of Idomeni, along the highway. There 3,000 people encamp and are desperately waiting for something to happen. Mujaahid and his family live in a tent with two friends who travelled with them. Under the tent there is a suffocating heat.
Despite all these, he is still a loving father and makes an effort for being cheerful in order to infuse courage into his wife’s and girls’ lives.
Unfortunately his physical conditions are degenerating and he urgently needs medical treatment.
Even a small improvement could impact positively on his general conditions and would provide him with the hope he lost together with his leg.

Nove Onlus decided to include Mujaahid in its Reach project started in October on Lesvos island. Reach is about supporting the refugees with grassroots interventions.
Nove Onlus started by looking for a decent accommodation for Mujaahid and his family. In the village of Polycastro a small but comfortable apartment has been found and rented by the organization. The apartment is well furnished and has all the necessary household facilities and articles such as bed linen, running water and of course food. After such a long and horrifying journey and the countless sleepless nights in the refugee camps, finally Mujaahid and his family feel ‘at home’.
Mujaahid and his family regain human dignity by carrying out simple tasks such as washing the dishes in a proper kitchen, or having dinner around a real dining table, or feeding and cuddling little Tute, and again bathing the girls and playing with the soap bubbles …washing away the memories of the muddy and cold camp.

Nove Onlus contacted Dr Vassili who visited Mujaahid free of charge. Finally his conditions started to improve, and both the infections and the gangrene are regressing. With the precious support of Dr Vassili, Nove Onlus managed to hospitalise Mujaahid at the Thessaloniki University hospital for a medical check-up. A surgery seems to be needed to restore the bowel’s function. Moreover the neuronal issue related to the paraplegia has to be tackled.

Mujaahid is not fluent in English but every time people talk to him he smiles and whispers a heartfelt ‘shukran’. According to the Greek physicians the results of neurological examinations would not suggest to perform the bowel procedure. After one week Mujaahid is being discharged without undergoing the surgery.
The Greek public health system, still affected by the severe economic crisis, cannot afford to bear further medical costs for Mujaahid.
However Nove Onlus does not give up and is looking for alternative ways of solving Mujaahid’s problem. For instance it’s looking into possibilities of bringing Mujaahid and his family to Italy using a ‘humanitarian corridor’.

And above all they are held hostages by our western life-style, that fears to be destabilised by the rise of a multi-cultural society, which many still perceive as a threaten. Instead it represents an opportunity. However we are all hold accountable for our actions specially to our children.
One day we will be asked to tell them what happened and we’ll have to look them into their eyes with humbleness.

The story of Mujaahid is one of the many dramatic stories of people held hostages in Polykastro and Idomeni (Greece). Another painful story is the one of Abdhul Ramaan, a 23 year-old pizza chef living in a camp with his wife and two children. His legs have been shattered by a barrel-bomb dropped on Damascus by a helicopter of the Assad’s regime.
Mohammed instead is a craftsman from Aleppo, 26 year-old with two children, who was trapped for 20 hours under the rubble of a bombed building. His leg has been amputated.

These are all very powerful stories which are unveiling under the small tents in Idomeni. Nove Onlus’ intention is to safeguarding the protagonists of those stories and it starts by giving them back their human dignity.
Its volunteers, together with many other volunteers from different countries and cultures who still believe in solidarity and compassion, do their best: sharing the best practices to help Mujaahid, Abdhul-Ramaan, Mohammed and many other migrants in keeping their hopes alive.

All the pictures by Nove Onlus/Saverio Serravezza