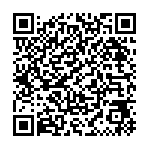 The Venezuelan activist for human rights has been invited on the 6th of April by the Global Campus of Human Rights, a network of more than 100 universities worldwide offering postgraduate education in the field of human rights and democracy. He will participate at a round table on “How to defend the democratic change in Venezuela”

The Global Campus of Human Rights, the largest institution in the world offering post-graduate education in the field of human rights and democracy, which is a network of more than 100 universities worldwide, has organised a round table on the issue of: “How to defend the democratic change in Venezuela”, with the participation of Sakharov Prize laureate Lorent Saleh, Venezuelan activist for human rights.

The event is taking place on the 6th of April at 5.15 pm in the headquarters of the Global Campus of Human Rights, at the Monastery of San Nicolò, at Venice Lido, in the context of the Venice School of Human Rights.

In 2017 the Sakharov Prize for Freedom of Thought was awarded by the European Parliament to Democratic Opposition in Venezuela, that includes the national assembly of the country, represented by Julio Borges, and to all the political prisoners listed by the Venezuelan penal court, represented by Leopoldo López, Antonio Ledezma, Daniel Ceballos, Yon Goicoechea, Alfredo Ramos, Andrea González and Lorent Saleh.

The Sakharov Prize for Freedom of Thought, named in honour of the Soviet physicist and political dissident Andrei Sakharov, is awarded every year by the European Parliament. It was set up in 1988 to honour individuals and organisations defending human rights and fundamental freedoms.

The following representatives and speakers of the Venice School of Human Rights will attend the round table:
- Lorent Saleh, Sakharov Prize laureate 2017 for freedom of thought
- Michel Forst, UN Special Rapporteur on the situation of human rights defenders.
- Mara Marinaki, EEAS Principal Adviser on Gender and on the Implementation of UNSCR 1325 on Women, Peace and Security.
- Manfred Nowak, Secretary General of the Global Campus of Human Rights

About the Venice School of Human Rights
The Venice School of Human Rights is a training programme born in 2010 with the goal of studying today’s challenges in the field of human rights. It allows its participants coming from all over the world to list these challenges and examine their reasons and possible solutions they can deploy. The school at the same time combines theory and practice and its faculty involves both academics and practitioners. This edition will be focused on the role of human rights defenders and will critically analyse measures aimed at ensuring their protection especially in countries which are in a situation of deep political and economic crisis, like Venezuela.

The round table will be aired live on Global Campus of Human Rights’ Facebook page.