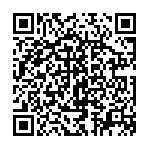 4 European cities were shortlisted for the award that recognises and celebrates a city's willingness, capability and efforts to ensure accessibility : Ljubljana (Slovenia), Luxembourg (Luxembourg), Lyon (France), and Viborg (Denmark)

The European Commission will reward the most accessible cities at a ceremony during the annual European Day of Persons with Disabilities Conference in Brussels, on 5 December.

This year, 26 cities across the EU participated in the competition. After strict selection procedures made by national and EU juries, four European cities were shortlisted: Ljubljana (Slovenia), Luxembourg (Luxembourg), Lyon (France), Viborg (Denmark).

The Access City Award will close the European Day of Persons with Disabilities which is attended by around 400 people every year. Marianne Thyssen, Commissioner for Employment, Social Affairs, Skills and Labour Mobility will chair the event and hand over the Award to the winner and successor to the city of Chester, winner of the Access City Award 2017.

The Access City Award allows the winning cities to showcase their efforts in making life more accessible for disabled and older people during the following year. Like this, the winners will continue raising awareness of accessibility across their city and across Europe. EU cities will also keep the commitment to implement their proposed plans for the future and share their practices in the EU Member States.

Your initiatives can inspire other cities to improve their policy and activities in the field of accessibility. As in previous years, a brochure with the outcome of the Access City Award 2017 and the winning cities was published by the European Commission.

Commissioner for Employment, Social Affairs, Skills and Labour Mobility, Marianne Thyssen emphasises in the brochure that accessibility policy plays a key role in removing the barriers people with disabilities still face in their daily lives. ''Accessibility thrives when there is the political will to make it happen and when policy makers actively engage in dialogue with experts, people with disabilities, companies and service providers. Making cities accessible will, in the end, benefit all people".