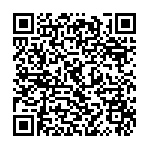 The Commission has presented alongside its 11th Security Union Report a set of operational and practical measures to better defend EU citizens against terrorist threats and deliver a Europe that protects. The measures aim to address vulnerabilities exposed by recent attacks and will support Member States in protecting public spaces and help deprive terrorists of the means to act.

As announced by President Juncker in his 2017 State of the Union Address, the Commission has presented alongside its 11th Security Union Report a set of operational and practical measures to better defend EU citizens against terrorist threats and deliver a Europe that protects. The measures aim to address vulnerabilities exposed by recent attacks and will support Member States in protecting public spaces and help deprive terrorists of the means to act. The Commission is also proposing to further strengthen the EU's external action on counter-terrorism — including through Europol — and is recommending the EU open negotiations on a revised Passenger Name Record agreement with Canada.

First Vice-President Frans Timmermans said: "We will never give in to terrorists who attack our security and our freedoms. Europeans demand that national governments and the EU tackle these risks with determination. The new actions announced today will help Member States to deprive terrorists of the means to carry out their evil acts and will also better protect our public spaces, and thus our way of life."

Commissioner for Migration, Home Affairs and Citizenship Dimitris Avramopoulos said: "Terrorism knows no borders. We will only be able to fight it effectively if we do so jointly – both within the EU and with our partners on a global scale. Effective exchange of information such as Passenger Name Records is critical for the security of our citizens, which is why today we recommend to the Council to authorise negotiations for a revised agreement with Canada and why we will propose to have international agreements between Europol and key countries. We will also continue working with our Member States towards the creation of a future European Intelligence Unit."

Commissioner for the Security Union Julian King said: "Sadly there can never be zero risk of terrorism, but we are continuing to cut the space terrorists have to prepare and carry out their crimes. As terrorist tactics change, we are stepping up our support to Member States in meeting these threats: helping protect the public spaces where people gather, while cutting off terrorists' access to dangerous bomb-making materials, and sources of finance."

With terrorists increasingly targeting public and crowded spaces, as shown by the recent attacks in Barcelona, London, Manchester and Stockholm, the Commission has presented an Action Plan to step up the support to Member States efforts to protect and reduce the vulnerability of public spaces. Measures include:

While the likelihood of such attacks is low, the Commission has also proposed an Action Plan to step up EU level preparedness, resilience and coordination against attacks involving chemical, biological, radiological and nuclear (CBRN) substances. Measures proposed include the creation of an EU CBRN security network and a CBRN knowledge hub to be set up in the European Counter Terrorism Centre (ECTC) in Europol.

Depriving terrorists of the means to act

Depriving terrorists of the means to carry out terrorist acts is crucial to prevent further attacks from taking place. The Commission has presented additional short-term measures to:

The Commission has also proposed to strengthen the EU's external action and cooperation with third countries on counter-terrorism and other serious transnational crime by:

The 11th Security Union Report is also looking at the next steps on countering radicalisation online and offline. Beyond these practical measures for the short term, to be taken over the next 16 months, the Commission is working towards a future European Intelligence Unit, as announced by President Juncker as part of his vision for the European Union by 2025.

Security has been a political priority since the beginning of the Juncker Commission's mandate – from President Juncker's Political Guidelinesof July 2014 to the latest State of the Union address on 13 September 2017.

The European Agenda on Security guides the Commission's work in this area, setting out the main actions to ensure an effective EU response to terrorism and security threats, including countering radicalisation, boosting cybersecurity, cutting terrorist financing as well as improving information exchange. Since the adoption of the Agenda, significant progress has been made in its implementation, paving the way towards an effective and genuine Security Union. This progress is reflected in the Commission's reports published on a regular basis.