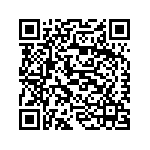 Again this year the Minister of the City (Ministère de la Ville) through the General Commission for the equality of territories (CGET) and the National Agency for cheques vacances (ANCV) have renewed their partnership to encourage mobility and European citizenship of youth coming from disadvantaged areas who have never or seldom left for holidays, as reads a note of the Minister of the City, of Youth and of Sport.

CGET and ANCV have launched, in mid April, the invitation to present projects for 2017 regarding the support to European mobility of young people aged from 16 to 25 years old who reside in disadvantaged areas.

There are at disposal 700,000 euros to favour the mobility of around 2500 young people coming from disadvantaged areas, in 32 departments.

Projects last from 4 to 14 days and are held during or outside school holidays periods.

In 2016 the system had allowed about 2252 youth to participate to 202 stays in Europe and in France.

- What is the amount of the funding?
The financial support by ANCV and CGET can not exceed the 50% of the total cost (general expenses, staff costs, depreciation costs are to be excluded).
Deadlines to apply are: 2 and 30 June 2017 and 15 September 2017.