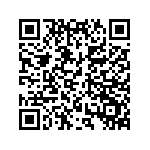 As part of the “Change for the planet- Care for the people” campaign, CIDSE, the European platform of Catholic NGOs, of which Focsiv is also part, has launched an international photo competition targeted both at professional photographers and amateurs who particularly care for social and environmental change. Deadline to submit photos: April 23rd 2017.

The CIDSE Campaign “Change for the planet- Care for the people” organises its first photo competition titled “Inspire change through your lens”.

CIDSE - the European platform of Catholic NGOs, of which Focsiv is also part, launched in 2015 a vast awareness campaign calling for a “radical change in people’s lifestyles towards living simply by reducing overall energy consumption and making environmentally-friendly food choices. This can be done by limiting consumption to sustainably-produced local foods that minimize environmental impact, allow producers to gain fair livelihoods, do not violate human rights, and are also affordable”.

Among the initiatives promoted by this awareness campaign CIDSE has launched an international photo competition which is targeted both at professional photographers and amateurs. The competition closes on the 23rd of April 2017. It is aimed at photography enthusiasts who particularly care for social and environmental change and are keen to share citizen-led initiatives around the sustainable production and consumption of food and energy around the world.
Participants have to take a photograph that illustrates what they or their community are doing to consume or produce food or energy in a sustainable way.

A panel of 5 judges will select the final winners and runners-up for each category. These include: a CIDSE Representative; Phillippe Lamberts Belgian MEP; Olivier de Schutter, Academic and Former UN Special Rapporteur on the Right to Food; Ron Haviv, Professional photographer and Michelle Rogers, Environmental artist.

The first two winners will be invited to go to Brussels for the award ceremony and the inauguration of the exhibition. Second place winners will receive a DIY Bamboo Bicycle Kit, a bamboo bike built with sustainable materials. Third place: The amateur category winner will receive a voucher from the Ethical Shop (Online) and the professional category winner will win a voucher from the Lomography Shop (Online).

Click here for details on the selection process, jury, prices and more.