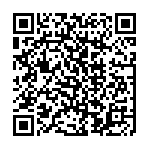 In 2016, 374,802 migrants arrived to Europe of whom 351,080 came by sea and 23,722 travelled by land. 2016 marked the deadliest year for the Mediterranean route with at least 4,715 people losing their lives. Those who survived their odyssey and who are now stranded somewhere in the European Union (EU) or at its border are in great need of help and solidarity, says Caritas Europa.

Those who survived their odyssey and who are now stranded somewhere in the European Union (EU) or at its border are in great need of help and solidarity.

Solidarity is one of the EU’s core values, often mentioned by the European Institutions when they make declarations. For instance, when discussing the EU’s asylum policy and response to migrants and refugees in need, the recent European Council (Monday 15 December) concluded that “effective application of the principles of responsibility and solidarity remains a shared objective”.

This commitment to solidarity is very important. It shows that EU leaders are determined to commit themselves to the common good. That they embrace solidarity that takes concrete form in personal decisions, decisions of government, economic decisions, and in a variety of other concrete actions.

Solidarity is one of the EU’s core values, often mentioned by the European Institutions when they make declarations.

As the debate on migration and asylum continues, it’s clear that European leaders’ understanding of solidarity does not connote the same outcome.

Actually, EU Member States are failing their solidarity test. Rather than prioritising protection and improving the situation of newcomers, it appears that the EU is putting a greater focus on border controls and the externalisation of its migration policies. An appalling example is the European Commission’s proposal for a Migration Partnership Framework (MPF), which combines instruments to prevent refugees and migrants from crossing European borders.

Like the conclusions of the European Council, the MPF is wrapped in nice wording and packaged as a “lifesaving” proposal that “reinforces cooperation with non-EU countries”.

While the MPF has raised vast criticism among NGOs across Europe, the Council welcomes progress made on implementing agreements with five African countries of origin and transit and indicates intentions to promote additional agreements or other forms of cooperation in future as long as available resources are available.

By re-channeling development funds into migration management and border control measures, EU leaders are sending a very dangerous message. Namely, that violating human rights is permissible as long as it happens outside of Europe and is not getting EU policy makers into trouble.

What pushes the world’s second largest economy to position itself so at odds with its own founding values?

Closing borders and making it near to impossible for people to access legal migration channels will not solve the different root causes of migration. Neither will it prevent people from migrating. It only makes migration more difficult, meaning that people will take more dangerous and risky routes.

Syria showcases this situation perfectly. Despite the horrific civil war that is going on, there are currently no legal channels for Syrians to escape the country. They can only leave via irregular means. This results in those fleeing for protection being dependent on smugglers.

Unfortunately, no signs of a U-turn are in sight. A main conclusion of the European Council meeting confirms this: “The European Council calls upon Member States to continue and step up their engagement under the Partnership Framework and will keep progress on stemming the flows and improving return rates under close review”[2].

EU Member States did not wait long to step up their engagement. Already this week, a first wave of Afghans from Germany and Sweden were expelled, as a result of the EU-Afghanistan joint way forward on migration issues. The Norwegian authorities followed and even included unaccompanied minors among those forced to return, which may not be conform with child rights’ protection standards.

Systems that are not working need to be replaced. Today, with more than 65 million people forcibly displaced from their homes, it is absolutely clear that the EU Member States’ current approach to curbing migration flows is not compatible with human rights norms. It is creating unnecessary suffering in Europe, in the countries along the route to Europe and in the home countries of those who want to migrate.

Closing borders and making it near to impossible for people to access legal migration channels will not solve the different root causes of migration.

Investing in border controls is a disgraceful way of throwing away billions of euros of tax-payers’ money. Money that could instead help people in need in Europe and abroad.

There are many ways how even a small part of those billions could be spent to actually save lives. For example, money could instead be used to:

- Open safe and legal channels of entry into the EU;
- Create a humanitarian visa that is affordable and easily accessible via any EU embassy in countries of origin and transit;
- Lift visa requirements, when justified on urgent humanitarian grounds and protection needs;
- Facilitate family reunification for refugees and migrants, thereby contributing to fostering integration in receiving countries.

We do not need drastic solutions to help people in drastic situations. What we need is political will to apply solidarity and remain cognisant of the fact that we are speaking about humans, people in need, not inanimate objects.

Notes:
[1] According to the International Organisation for Migration (IOM)
[2] Council Conclusions, page 1