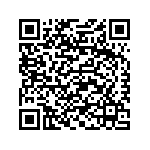 November 25 is the International Day for the Elimination of Violence against Women, a global moment championed by the United Nations. Violence against women and girls (VAWG) happens in every country, not only in situations of conflict or crisis, but in contexts others call peaceful, and in both public and private spaces.

The World Health Organization (WHO) estimates that more than one-third of women worldwide (some 35 percent) experience gender-based violence over the course of their lives. This ranges from about 37 percent in women in the WHO African, Eastern Mediterranean, and South-East Asia regions to 23 percent in the high-income region and 25 percent in the European and Western Pacific Regions.

“What is even harder to understand is why: Why, why men prey on women and girls. Why societies shame the victims. Why governments fail to punish deadly crimes. Why the world denies itself the fruits of women’s full participation”, Secretary-General Ban Ki-moon told a UN Women-hosted Orange the World event at UN Headquarters in New York to raise money to end violence against women and girls, and kick off 16 Days of Activism against gender-based violence. The campaign begins on 25 November, the International Day for the Elimination of Violence against Women and ends on 10 December, Human Rights Day.

When world leaders adopted the Sustainable Development Goals in 2015, they recognized that ending violence against women and girls is a pre-requisite for the achievement of the development agenda. Goal 5 on gender equality includes a specific target to end all forms of violence against women, including trafficking, other forms of sexual violence and harmful practices. Yet, the resources dedicated to addressing the issue do not match the scale of the challenge

Beyond the intangible factors like pain, suffering, and worsened quality of life, violence against women and girls brings huge economic costs, from greater health care and legal expenses to losses in productivity and potential, impacting national budgets and overall development. It has been estimated that the cost of such violence ccould amount to around 2 per cent of the global gross domestic product (GDP.

According to a new report by the McKinsey Global Institute,violence against women costs about $4.9 billion in the United States annually. “Seventy percent of this comes from direct medical costs, 15 percent from lost productivity, and 15 percent from lost earnings over women’s lifetimes," the report stated. PricewaterhouseCoopers has estimated the cost of lost productivity to the Australian economy due to violence against women at $2.1 billion in 2014-15. It costs approximately 2,3 billion of euro in Italy. Yet, a UK study put the estimated cost of women's lost productivity at $42bn. In Chile was put at $1.7bn in Chile and at $34m in Nicaragua.

However, there is no right way to measure the economic impact of violence due mainly to the extremely difficult to take into account all of the costs linked to violence against women.

One thing is for sure, the efforts made by many institutions to capture the full costs of violence against women is helpful when trying to understand the magnitude of the problem and how it affects society as a whole.