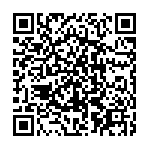 As Unicef celebrates the International Day of the Girl, a report published by Save the Children reveals that one girl under the age of 15 is married every seven seconds

It’s not easy to find good reasons to celebrate the International Day of the Girl, after reading the alarming report published by Save the Children on child marriage. According to the report, called Every Last Girl, child marriage is still alive and well in most of the developing world with one girl under the age of 15 who is married every seven seconds.

The study says that girls as young as 10 are forced to marry much older men in countries including Afghanistan, Yemen, India and Somalia, taking a heavy toll on the girls throughout the course of their life, as explained by Carolyn Miles, President & CEO of Save the Children.

“Child marriage starts a cycle of disadvantage that denies girls the opportunity to learn, develop and be children.” said Miles. “Girls who marry too early often can’t attend school, and are more likely to face domestic violence, abuse and rape. They get pregnant and bear children before they’re physically and emotionally ready, which can have devastating consequences on their and their baby’s health.”

The international community has pledged to end child marriage by 2030, but if current trends continue, the total number of women married in childhood will grow from more than 700 million today to around 950 million by 2030, and to 1.2 billion by 2050.

Conflict raises the risks of child marriage, with many refugee families marrying off their daughters as a safety or coping mechanism, such as Syrian girls in Lebanon. According to a study by the University of St. Joseph in Lebanon 6 percent of the refugee girls get married before they turn 18.

Sahar is a 14-year-old Syrian girl, supported by Save the Children in Lebanon. She married at 13 to a 20-year-old man, and is now two months pregnant.

“The wedding day, I was imagining it would be a great day, but it wasn’t. It was all misery. It was full of sadness. Many girls who get married at a young age get illnesses and suffer from bleeding. Thank God it didn’t happen to me.,” said Sahar. “I feel really blessed that I am having a baby. But I am a child raising a child.”

Poverty is another issue behind child brides, in Nigeria, 40 percent of the poorest girls are married by 15, compared to 3 percent of the richest girls. India has the highest number of child marriages of any country, partly owing to the large size of its population, with 47 percent of girls – around 24.6 million – married under 18;

Girls suffer most during humanitarian crises such as the Ebola outbreak in Sierra Leone, where schools shutting down led to an estimated 14,000 teen pregnancies.

The study has ranked countries in an index from the best to worst country in which to be a girl, based on child marriage, schooling, teen pregnancy, maternal deaths and number of female representatives in national government.

Countries at the bottom of the index include Niger, Chad, Central African Republic, Mali and Somalia, many of which have high rates of child marriage. Countries at the top include Sweden, Finland, Norway, Netherlands and Belgium.