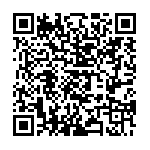 Ahead of the International conference for the Central African Republic taking place in Brussels on 17th November, Vita International, in partnership with Afronline.org and its African media partners, publishes a joint op-ed by Faustin-Archange Touadéra (President of the Central African Republic), Federica Mogherini (High Representative of the European Union for Foreign and Security Policy and Vice-President of the European Commission), Jan Eliasson (Deputy Secretary-General of the United Nations) and Makhtar Diop (Vice-President of the World Bank).

Three years ago the Central African Republic was on the brink of collapse. But today, the country has changed course. The people of the Central African Republic have chosen to turn the page through free and democratic elections. The international community has accompanied each step of the transition, so that the crisis can be overcome for good. There is now hope for the country to embark on a journey to recovery and renewal.

The main factor for this emerging success is the Central Africans themselves, their desire for peace, prosperity and security. But the international community also has a fundamental role to play. Total reconstruction needs are estimated at $1.5 billion over the next three years. At the Brussels Conference for CAR( Central African Republic), on November 17th, we will commit together to keeping the Central African Republic at the core of the international agenda, to supporting an ambitious plan for peace and growth, and to advance the reforms the country needs in the years to come.

Three years ago the Central African Republic was on the brink of collapse. But today, the country has changed course.

The challenges ahead are immense. Recent tensions have shown that the road towards national reconciliation and reconstruction will still be fraught with obstacles. The security situation, while improving, remains fragile because of attempts by spoilers to incite violence. It is getting harder for humanitarian agencies to reach some 2.3 million people who remain in need – that is, half of the country’s population. More than 380,000 men, women and children are internally displaced: attacks against camps where they are sheltering, as well as attacks against humanitarian partners, have added to a dire situation.

To break the cycle of fragility, the country needs long-term investments. Peace, social cohesion and national unity can only be achieved through long-term development. For this reason the Central African Republic, along with its international partners, has engaged in an unprecedented collective effort to chart a sustainable way forward for the country.

A five-year national plan for recovery and peace-building – prepared by the government together with the United Nations, the European Union and the World Bank, in consultation with the population – will be presented at the Brussels conference. This roadmap can help materialise the hopes and aspirations of the Central Africans: from peace and security to economic recovery; from improving the country’s infrastructure to the provision of essential services, such as health, sanitation and education. The programme foresees a strategy for disarmament, demobilisation, reintegration and repatriation; a much needed security and justice sector reform; and a strategy for the return of displaced people.

The international community can and must support the government in the implementation of the plan. Over the last three years we have already demonstrated that together we are stronger. A UN peacekeeping mission followed an African Union-led regional force in 2014: ever since it has been protecting civilians, providing security and strengthening the national authorities. The World Bank is helping to improve public finances management, providing employment to vulnerable communities, and restoring basic services and infrastructure. The European Union has deployed the full range of its foreign policy tools, with three military missions and as the largest international provider of relief assistance.

And together we are all ready to do even more in the years ahead. In Brussels we will ask our international partners to do their part and also invest in the future of CAR. We now have a far-reaching, forward-looking agenda owned by the government and the people of the Central African Republic. The return of investment will be beneficial not only to the country, but to the entire region – which is now affected by volatility and has been hosting approximately half a million refugees.

The Central African Republic can be a land of opportunities. This is not simply about the country’s natural resources, or its strategic position as a hub for regional connectivity. The people of the Central African Republic want to get back to their lives and rebuild their country. The priests, the imams and the community leaders are playing a vital role in the process of national reconciliation. Sixty per cent of the country’s population is under the age of 25: there is incredible energy and desire for regeneration, but they need jobs and economic opportunities to embrace the future.

On November 17th, in Brussels, we can help the people of the Central African Republic finally unleash their immense untapped potential.