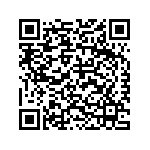 Economists have moved away from studying poor countries on their own terms.They would explain Tanzania’s lack of development as stemming from its inability to be more like Sweden.

Development economics as a field of study was formally launched in the 1950s by the Afro-Caribbean economist Arthur Lewis who, out of necessity, wanted to understand how his own country, Saint Lucia, could transform from an agro-based economy into a modern industrial state (later, in 1979, Lewis was awarded the Nobel Memorial Prize in Economics for this work, the only black person to have won the prize to date). For Lewis, the key to providing a satisfactory answer to the problem of underdevelopment lay in studying those societies as they were and not in comparing them to some mythical ideal. Saint Lucia, like all developing countries, had a lot of underemployed labor in its agricultural sector. The question was how best to marshal this valuable resource into driving industrialization.

Sadly, development economics has moved away from Lewis’ pioneering contribution of studying poor countries on their own terms. For example, today’s development economists explain Tanzania’s lack of development as stemming from its inability to be more like Sweden. This way of studying development, termed the “subtraction approach”, has led us down a dark alleyway where there is more confusion than elucidation. That, at least, is the charge leveled by economic historian Morten Jerven in his book Africa: Why Economists Get It Wrong published in 2015, but still circulating and prompting debate in academia and amongst practitioners.