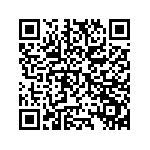 Countries have made significant progress in addressing climate change. The Paris agreement will enter into force on Nov. 4 after winning backing from major emitters led by China and the United States, the world’s two largest economies. The deal aims to limit greenhouse gas emissions and keep global temperature increases "well below" 2°C, but our world is still on track to warm up to 3C or more.

However without action, we can’t beat climate change with a piece of paper. The challenge is to see finance quickly flow to green investing in order to fulfilling of emissions commitments. In a new report, the Global Commission on the Economy and Climate (GCEC) said it is expected to invest around US$90 trillion in infrastructure over the next 15 years, more than is in place in our entire current stock today. These investments are needed to replace ageing infrastructure in advanced economies and to accommodate higher growth and structural change in emerging market and developing countries. This will require a significant increase globally, from the estimated US$3.4 trillion per year currently invested in infrastructure to about US$6 trillion per year.

In a report on green Finance, the G20 Green Finance Study Group (GFSG) a group of countries and relevant international institutions chaired by China and the UK with the support from the United Nations Environment Programme, explains how the low-carbon transition is not just environmentally necessary, but now lies at the heart of world future prosperity. Public finance alone cannot bring about the transformation required.
The bulk of the funding for climate action and building a green economy more broadly is expected to come from private sources. The transformation has already begun, and investors are increasingly aware of the accompanying opportunities for economic and social growth. However less than 1% of global bonds are labeled green and less than 1% of the holdings by global institutional investors are green infrastructure assets. So, in order to enhance the ability of the financial system to mobilize private capital for green investments, the report lays out seven policy recommendations for countries to create enabling environments for green finance. Also Mark Carney Governor of the Bank of England in a speech released last month, pointed out how enhancing green finance could facilitate the growth of high-potential green industries, promote technological innovation and create business opportunities for the financial industry.

In a report published on October 7, entitled "The financial system we need, From momentum to transformation", the United Nations environment programme (UNEP) have also stressed the importance of establishing the Green Financial System that is supportive for environment improvement, climate change mitigation and more efficient resource utilization. The voice for the environment in the united nations system, emphasizes that leading financial institutions recognize that the transition to a low-carbon, green economy is the key to their future success, as the market shows green bonds with assets now reached $ 118 billion, but significant obstacles must still be overcome if the momentum is to continue to grow.

Although many studies say both developed and the developing worlds may be almost equally responsible for contributing to climate change, poor countries have long lamented that they have been barely responsible for historic global warming. The United Nations Environment Program estimates that by 2030, developing countries could be facing costs of $140 to $300 billion per year to adapt to climate change. The Global Climate Fund ( GCF) has been established in 2012 to help poor countries to tackle climate change. The plan shows how by 2020, rich countries will provide USD $100 billion a year in financial support to assist developing countries reduce emissions. Wealthy nations have pledged US$100 billion (S$139 billion) every year from 2020 for developing countries. Is it realistic? Environmental experts say no. Much more is still needed.

All this leads to say that climate change may well be the biggest and most complex environment-related problem for international co-operation this century and beyond. All studies and facts agree on one thing: government and industry in developed as well as developing countries must work together to build on the existing political will to move this revolution to the mainstream of international finance.