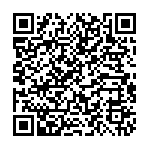 Save The Children new analysis of forcibly displaced finds world's fastest-growing population also among the youngest, and nearly last in school attendance.

The world’s 65.3 million forcibly displaced people—who would make up the world’s 21st largest country based on population—are falling far behind others in terms of education, health, child marriage, and other key factors, a new report by Save the Children illustrates.

“Forced to Flee: Inside the 21st Largest Country” examined indicators most relevant to the well-being of children and found results that demonstrate both the enormous challenges faced by refugees and Internally Displaced People as well as the notable contributions they could make to their host countries and communities if they were allowed to do so.

Imagining all displaced people as citizens of one country recognizes their value as equal members of a global society and draws attention to the massive scale of the issues they face.The number of families forced to flee their homes in search of safety continues to reach record highs—it’s time to move out of emergency mode and engage in serious discussions about how to help displaced families integrate and begin to rebuild their futures.

The analysis found that the world’s 21st largest country:

As world leaders prepare to gather in New York for the UN General Assembly, Steele added: “Forcibly-displaced people face huge challenges, but if governments work together, along with non-governmental organizations and the private sector, we can improve their circumstances.”

For more information, the complete report, and related case studies and infographics, visit: SavetheChildren.org/forcedtoflee.Join the conversation on Twitter using #forcedtoflee.