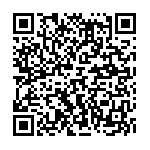 A record 1.3 million migrants applied for asylum in the 28 member states of the European Union, Norway and Switzerland in 2015 – nearly double the previous high water mark of roughly 700,000 that was set in 1992 after the fall of the Iron Curtain and the collapse of the Soviet Union.

Numbers don’t lie. Europe is undergoing an emergency of historic proportions. Based on the Pew Research Center analysis of 1985-2015 Eurostat data, the 2015 surge marked the largest annual flow of asylum seekers to Europe since 1985. This was more than a twofold increase from 2014, when nearly 600,000 people applied for asylum.

Today, Eastern European countries like Kosovo and Albania still contribute to the overall flow of asylum seekers into the EU, Norway and Switzerland, but about half of refugees in 2015 trace their origins to just three countries: Syria, Afghanistan and Iraq.
Conflicts, both fresh and long-standing, in each of these states have led to the displacement of hundreds of thousands of people. Some have been displaced within their homelands; others have sought refuge in neighboring countries; and still others have made the often perilous journey to Europe (and elsewhere) to seek asylum.

Refugees did not disperse equally across Europe, with some countries taking in more asylum seekers than the European average. In 2015, the EU-28, Norway and Switzerland as a whole had 250 asylum applicants per 100,000 residents.

The 2015 surge marked the largest annual flow of asylum seekers to Europe since 1985. By comparison, the second largest came in 1992, following the fall of the Berlin Wall, when 697,000 applied for asylum to the nations that make up current EU countries, Norway and Switzerland. Europe again experienced an uptick in asylum applications during conflicts in Kosovo in the late 1990s, with asylum applications peaking at 463,000 in 2002.
However, 2015’s surge stands out not only as a record year for asylum applications, but for the fact that it had more applicants than the previous peak years of 1992 and 2002 combined. Since 1985, Europe received about 11.6 million asylum applications – meaning that last year’s 1.3 million amounted to about one-tenth of all applications received during the past 30 years by current EU countries, Norway and Switzerland.

Earlier this year, the EU and Turkey reached an agreement that has largely halted the flow of migrants from points east through Turkey, on to Greece and eventually to other parts of the EU.
According to the United Nations High Commissioner for Refugees (UNHCR), about 8,000 migrants arrived in Greece between April and July 2016 after the agreement with Turkey was put into full effect. Before the agreement, about 150,000 migrants had arrived in Greece between January and March 2016.

At the same time, some of the movement toward Europe is shifting to a southern Mediterranean route to Italy, with flows of largely sub-Saharan African migrants (not Syrians, Afghans or Iraqis) on the rise. Italy has received about 90,000 migrants on its shores since the start of 2016, roughly similar to the first half of 2015. The UNHCR also estimates that over 2,500 people have lost their lives in the Mediterranean between January and May of 2016.

Asylum seekers to Europe are largely young and male