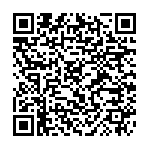 Today, 20 November, is Universal Children’s Day. Established in December 1954, by UN General Assembly, it is to be observed as a day of worldwide fraternity and understanding between children. Designed to promote the ideals and objectives of the UN Charter and welfare of the children of the world, civil society and institutions worldwide are drawing attention to goals that have been achieved in this domain, as well as what still remains to be done.

In 1959, the UN Declaration for the Rights of the Child was issued with ten core principles. including: the right to social security, free education, and protection against cruelty, neglect, and exploitation. Furthermore, the principles highlight how every child is entitled to these rights, regardless of race, colour, sex, language, religion, political opinion, national or social origin, and birth status.

So what point are we currently in terms of the rights and status of children globally?

UNICEF Executive Director Anthony Lake states that “In just over a generation, the world has cut child death rates by half, put over 90 per cent of children in primary school, and increased by 2.6 billion the number of people with access to safe water.”

However, there is still work to be done. Lake then goes on to say that “children make up almost half of the world’s poor, nearly 250 million children live in conflict-torn countries, and over 200,000 have risked their lives this year seeking refuge in Europe.”

In their recent report For every child, a fair chance: The promise of equity, UNICEF present a statistical picture of the situation for children currently.

Children from the poorest households are nearly twice as likely as those from the richest households to die before age five, and five times more likely to be out of school. Girls from the poorest families are four times more likely as those from the richest families to be married before 18. More than 2.4 billion people still do not have adequate toilets – 40 per cent of them in South Asia; and more than 660 million still lack access to safe drinking water – nearly half of them in sub-Saharan Africa. Roughly half of the 159 million children suffering from stunting live in South Asia and one-third in Africa

Today at the EU Commission, Federica Mogherini, High Representative for Foreign Affairs and Security Policy/Vice-President of the Commission, Neven Mimica, Commissioner for International Cooperation and Development, Christos Stylianides, Commissioner for Humanitarian Aid and Crisis Management and Vera Jourová, Commissioner for Justice, Consumers and Gender Equality, made the following statement:

“Strengthening child protection systems is one of our priorities, as outlined in the new EU Action Plan on Human Rights and Democracy. We have launched a diplomatic outreach with a global focus on all forms of violence against children and women and a focus on ending child, early and forced marriage and female genital mutilation/cutting.

While we address long lasting cruel practices, the current refugee crisis and the dire consequences for migrant, refugee and internally displaced children adds a new dimension of urgency. Half of the world refugees are children: they need to be treated first and foremost as children...Despite the global declining trend in funding, the EU has already increased its commitment to education in emergencies. We cannot afford to have lost generations of children with no or little education.

Protecting child victims of trafficking and sexual or non-sexual exploitation and enhancing cooperation on these issues with non-EU countries and international organizations are part of the EU Strategy towards the Eradication of Trafficking of Human Beings 2012-2016.

Promoting children's rights worldwide requires close cooperation with international organizations and UN bodies...Global peace and security cannot be achieved without fair and sustainable development and respect for all the rights of all children. One day they will be adults. The way we protect our world and our children will impact on how they will protect their own world and their own children, in a not-so-distant future.”

Save the Children’s campaign “Stop violence against children!” is launching tomorrow, on November 21st. They state that “much violence against children, such as corporal punishment and sexual abuse, remains legal and socially approved in many countries”. Their event happening tomorrow will be attended by the NGO’s chief executives from across the world, and it serves to showcase the work Save the Children have been doing around the world to protect children from violence, as well as highlighting the issues that still need to be faced.