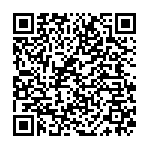 From Greenpeace to Doctors without Borders, here is what the non profit sector expects from the G20 taking place in Hangzhou

A tough test for its members - this is how the G20 Summit taking place in Hangzhou, China on September 4-5, is seen by some of the major international NGOs. This year, in its 11th edition, the event gathers together foreign leaders and heads of international organizations, focusing on “innovation-driven” development.

According to Oxfam, this year’s event has raised the stakes for the group to prove itself against growing doubts about its effectiveness, with global displacement and record-breaking climate change as 2 of the most pressing issues needing new solutions. “It will be doubly hard to get over 20 different nations cooperating at a time when many are turning inward and becoming surly, or even pursuing economic policies that are contradictory with one another.” Taxation will remain a key G20 issue, part of a series of reforms to make economic governance more balanced, reliable and effective.

“G20 nations must make it clear that they will work together to dismantle tax havens and halt harmful tax competition. Without fair and transparent tax rules, the ‘wealth grab’ by the rich and powerful will become even more outrageous and threaten future prosperity for all,” Price-Thomas said.

Millions of people will be anxious to hear the G20’s take on climate change. NASA says that each consecutive month so far in 2016 has broken its own ‘hottest ever’ record since monitoring began in 1880, making climate change a priority security issue and one of the major future cause of mass migration. According to the Internation Organisation for Migration (IOM) , 200 million migrants are expected to leave their homes due to climate change by 2050.

“The world is literally roasting, driving bigger and more destructive hunger crises like El Nino,” said Price-Thomas. “The G20 members are responsible for 74% of the world’s greenhouse gas emissions and so they must go at a much quicker pace in search of clean energy alternatives and to provide more money to help poorer countries cope.”

Greenpeace’s outlook on the summit seemed optimistic, after the US and China ratified the Paris agreement: “Presidents Xi and Obama’s joint announcement this evening sends a strong signal to the world that Paris has moved from agreement to action,” said Greenpeace's Senior Climate Policy Adviser Li Shuo.

The statement also concludes a series of bilateral deals on climate issues between Beijing and Washington under Obama’s watch, which Greenpeace believes should be strengthened in the coming years.

“The Paris agreement is a benchmark for global negotiations on climate, not the end goal,” said Kyle Ash, Senior Legislative Representative of Greenpeace USA. “The United States and China should now advocate internationally that Paris comes into force as soon as possible, so that the world can continue moving forward.”

The G20 summit now offers a testing ground for the world’s eighteen other leading economies to display their commitment to Paris.

But Oxfam and Greenpeace are only one of the non-profit protagonists looking at the event with interest and concern. Doctors Without Borders/Médecins Sans Frontières (MSF) is urging G20 members to address the failures of medical research and development (R&D) to deliver medicines, vaccines and diagnostics that match the health needs of people around the world instead of only focusing on the most lucrative products.

MSF is concerned that more restrictive intellectual property rules, promoted by the some measures that are being considered, including increased patenting of pharmaceutical products, can block or delay availability of affordable generic medicines and limit the potential for needs-driven innovation.

According to MSF, at the G20 governments should seize the opportunity to champion new approaches that break the link between how R&D is financed and how products are prioritized and priced. As the G20 will focus in particular on the role of R&D in tackling drug-resistant infections related to AMR, it is critical that alternative R&D approaches be explored and supported in all AMR initiatives, so that the products that are delivered match patient needs.