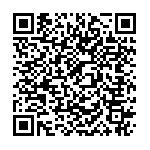 Civil society organizations voice out their concerns on the UK’s decision to leave Europe. While the country is about to abandon the Union, the third sector players pledge to remain united to fulfill their social engagements.

Leaving the European Union is a momentous decision and will have a significant impact on the future of our country. No matter what happens, charities will continue to serve our beneficiaries as best we can. We must also do what we can to rebuild cohesion between communities after what has been a bruising campaign. However, it is important that the government does not forget about our sector in the midst of all this change. Charities are major employers and contributors to our society, we must make sure that the voice of our sector is heard and our needs taken into account.

EESC President Georges Dassis: I acknowledge the sovereign vote by the British people and the choice made on this historic day, 23 June 2016. I am deeply saddened by this outcome, but the European Economic and Social Committee and its Members will continue to contribute to the development of the European project with determination and faith in the future. United around a more robust Union, I am sure that the 27 Member States will launch the human and political dimension of a renewed European Union: a Union which will guarantee peace and prosperity for its people.

Solidar: UK referendum: bonjour tristesse!
The result is known now. Today may be a sad day for Europe, for the United Kingdom, but the result is on the table and needs to be respected with all its consequences. It needs European leadership and progressives have to consider how to stand stronger against the populist wave. The result aside, the referendum raises a broader question about referenda as a tool of democracy: within civil society the call for more participatory democracy has always been widely echoed. The European Citizens Initiative (ECI) was conceived as a response to citizens’ concern for having political decisions made with their direct participation through referenda. The ECI has not yet become the tool it was initially designed to be and the European Commission can still decide whether a legal initiative is taken or not……continue here.

Those who successfully campaigned to leave the EU argued that this would allow Britain to play a greater role on the international stage. Britain’s culture of charitable giving and the important work of our international charities are hugely significant to how we are viewed by other nations. As Britain starts a new chapter in our approach to international relations, charities must be given the chance to play a leading role.

Peter Holbrook, chief executive Social Enterprise UK: Our immediate worry is that social enterprises will be affected by knee-jerk reactions from the state, banks and big business. We want to avoid social enterprises facing the pinch by a combination of a freeze on public sector contracts, banks using the decision as an excuse not to lend money, and for-private profit businesses seeking to keep their balance sheets looking good by squeezing their suppliers. In the medium term, we will likely see EU Social Fund spending repatriated, and it is critical that in the future the UK government commits to spending the same amount (or more) on supporting people into employment and vocational training. Longer term, there are implications for public sector procurement policy and competition law, much of which has been agreed at an EU level before being incorporated into domestic law. The rest of his statement here.

Show me the funding: In terms of direct contributions, the National Council for Voluntary Organisations (NCVO) estimates that in 2013/14, charities received around £308m direct funding from the EU. Through the European Structural Investment Funds (ESIF), for example, funding is directed at targeting geographically the areas in which private investment may be lacking, with the aim of promoting economic competitiveness and boosting employability. As part of the ESIF, 20 per cent of the EU’s structural funds budget is ring-fenced for projects that develop greater social inclusion and could be worth an estimated £500m in England alone over the lifetime of the programme (2014-2020). Likewise, the EU structural funds provide significant scope for the devolved nations of Scotland, Wales and Northern Ireland, with the voluntary sector able to play a crucial role in these areas to support disadvantaged communities and invigorate the labour market. More here.

The grand finale with a scene from Yes Prime Minister