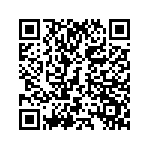 Let's meet tomorrow in Brussels to honour Jo Cox by carrying forward the message that she now symbolises around the world, that we have #moreincommon than that which divides us.

This Wednesday, Jo Cox would have been 42 .On this occasion, The One Campaign is organizing a gathering in Brussles where everyone is invited to show the world that we have far #MoreInCommon with each other than that which divides us and to celebrate Jo's warmth, love, energy, passion, flair, Yorkshire heritage, and belief in the humanity of every person in every place, from Batley and Spen to Aleppo and Darayya.
The meeting venue will be at the Ancienne Belgique (110 boulevard Anspach, 1000 Brussels). Doors will open at 16.30. Organizers expect to finish around 18.00, after which the crowd will walk to the Bourse and lay white roses to honour Jo and her legacy. The programme will be announced later today, but you can already sign up on the Facebook page:If you are not on Facebook, please send an e-mail confirming your attendance to: moreincommon.bxl@gmail.com .

«Many of us at ONE knew Jo as a friend, colleague and advocate for social justice. We are deeply shocked and saddened by her death and our thoughts go out to her family.”said Adrian Lovett, interim CEO of The ONE Campaign, friend and former colleague of Jo Cox. «Jo was a fearless and tireless campaigner with an infectious energy and a belief in making the world a better place. She had an amazing ability to cross divides and connect with people. She touched many lives through the work she did here in the UK and elsewhere in the world» stated Lovett, who became friends with Jo when they worked together at Oxfam for several years, before she became an MP.