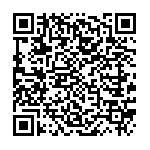 The day after the Cannes film festival awarded director Ken Loach, the first World Humanitarian Summit gears up with a new production of good intentions, pleas but also empty rhetoric. It is not fiction: it is another anti poverty glamorous mise-en-scène self-directed and starred by the most privileged people on earth recalling the solutions that were not implemented.

The first ever World Humanitarian Summit, a global call to action by United Nations Secretary-General Ban Ki-Moon, kicked off today in Istanbul, Turkey. Many heads of State, NGOs protagonists and civil society practitioners are gathering in the Turkish capital to mark their signature on solutions and ideas aiming «to re-inspire and reinvigorate a global commitment to humanity and in particular to upholding the dignity and safety of the millions of women, men and children who are caught up in crises».
As described by the organizers «the Summit is a platform for Heads of State and Government, and leaders from civil society, the private sector, crisis-affected communities and multilateral organizations to announce their commitments to change, to launch new initiatives and partnerships, and to showcase innovative practices and ideas to enable countries and communities better prepare for and respond to crises, and be more resilient to shocks». Of course, everything that comes out of the summit is non-binding. This is the refrain of a movie we have already seen.

For once, what made some headlines was not the proposal of the Summit nor the attendees scheduled to join the conversation. The scene, indeed, was stolen by those who declined to be cast for the show. The defection that counts the most belongs to Médecins Sans Frontières.

MSF branded the event as a fig-leaf of good intentions that will do little to protect the planet’s most vulnerable people or those trying to help them. «We no longer have any hope that the WHS will address the weaknesses in humanitarian action and emergency response, particularly in conflict areas or epidemic situations» it said in a statement. «Instead, the WHS’ focus would seem to be an incorporation of humanitarian assistance into a broader development and resilience agenda. Furthermore, the summit neglects to reinforce the obligations of states to uphold and implement the humanitarian and refugee laws which they have signed up to». MSF added that «the non-binding nature of the commitments means that very few actors will sign up to any commitments they haven’t previously committed to».

MSF's voice was echoed by others. Oxfam Chief Executive Mark Goldring called on those attending the summit to make it more than «an expensive talking shop. Rich nations cannot wash their hands of the suffering for which they are partly responsible and [must] do more to take in their fair share of the world’s most vulnerable people».

Just before the summit began, a report published by Concern Worldwide acknowledges that just $1.16 billion of the $6 billion pledged for 2016 has been committed, with 94% of donors failing to commit their full pledges.

Our central message to send to national leaders at the Summit, is that humanitarian aid can no longer be used as a substitute for failed diplomacy or lack of political will to find solutions to protracted conflicts.

«This is, after all, a sector that holds endless conferences. There will be brave talk, backslapping and bold claims, alongside usual pleas for more cash» wrote Ian Birrell on Inews. «Yet the event shines a spotlight on the poverty sector, perhaps the only industry to have such a dismal record of persistent failure yet keep getting handed bigger and bigger chunks of taxpayer’s cash».

Mr. Birrell tough words are right on the money. Many stakeholders working in the non-for -profit sector, in private, share the same views. Here in Brussels I met several activists and ambassadors who personally told me that these events are just photo opportunities for the speakers and a 5-6 star hotel vacation for their spouses.

A few days ago I was invited at the World Humanitarian Summit press briefing in Brussels. Hervè Verhosoosel, spokesperson for the WHS, delivered a very predictable and self praising speech on how the world needs this Summit and it needs it badly. I left the press conference with out taking a single note to report. It was just an empty rhetoric performance. Today and tomorrow it is on display for everyone. Read the tweets under the hashtag #ShareHumanity and tell me if I am wrong.