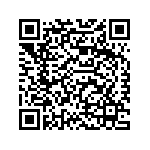 Italian Prime Minister Renzi’s ‘Migration Compact’ is set to be integrated into a new European Commission plan that will be unveiled in June, but without the original proposal of euro bonds as a guarantee to attract private investment enough to reach the €60 billion target aimed towards addressing the root causes of migration in the regions of the Middle East, North Africa, the Sahel, and the Horn of Africa.

New surprises and new solutions for the ongoing migrant crisis coming from Brussels. This time, Germany is saying “no” to the blending of euro bonds with private investments in order to raise the €60 billion proposed in the Italian ‘Migration Compact’ plan that is set to be integrated into a larger European Commission plan on the external actions of migration that will be released in early June.

The conclusions from yesterday’s meeting of the Council of the European Union on the topic of external aspects of migration caught everyone by surprise by putting new possibilities on the horizon. The EU will put in €4.5 billion, and the remaining €55.5 billion are to be sourced from private investments, in a strengthening of the already existing Valletta Action Plan.

“The Council reiterates the importance of full implementation of the Valletta Action Plan...it welcomes the rapid approval of projects worth €750M in the Africa Emergency Trust Fund and underlines the need to ensure its balanced and comprehensive implementation.”

However, sources close to the Africa Trust Fund dossier in Brussels have revealed to Vita International that, in the Sahel countries, the funds are being used on projects with low added value that had been rejected years ago: they are being revived now to provide spending opportunities for the Africa Trust Fund. But, as is often the case, the African governments, civil society, and diasporas are excluded from the decision-making, implementation, and gains.

EU foreign policy chief Federica Mogherini and Frans Timmermans, Vice-President of the European Commission, threw themselves into the fray together yesterday with their announcement of the unveiling of the plan to tackle the root causes of migration in Africa and the Middle East with a blending of billions of euros of public and private funding will take place in early June, in time for an assessment for approval at the summit of EU leaders on June 28.

The structure of the plan is similar to that of the Juncker Plan scheme, which aims towards kickstarting the EU economy, and sees the EU making an initial contribution of €8 billion in order to raise €315 billion over three years for infrastructure projects across EU Member States.

And the surprises keep on rolling in: today German Development Minister Gerd Müller was quoted in Istanbul as having proposed that 10% of all EU funds to be diverted towards dealing with the refugee crisis, as current EU mechanisms are not delivering the results we need. After a winter of wall building, summer is coming.