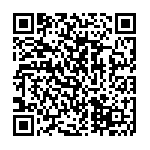 German interior minister Thomas De Maiziere sends a clear message to migrants: If the newcomers would not make an effort to integrate, they will lose the right to stay.

«For those who refuse to learn German, for those who refuse to allow their relatives to integrate - for instance women or girls - for those who reject job offers: for them, there cannot be an unlimited settlement permit after three years». In other words: Refugees must accept what Germany offers them, integrate and play by the rules or they will lose their permanent right of residence. This is German Interior ministry Thomas De Maiziere talking tough following the terrorists attacks in Brussels and after voters punished Chancellor Angela Merkel's open-door refugee policy in the regional elections earlier this month.

De Maiziere, a member of the Merkel's party Christian Democratic Union (CDU), is currently planning to draft a new low based on that line of thinking, where the message is very simply: Integrate or leave. Interviewed by ARD television, he also added he is pushing for a «link between successful integration and the permission for how long one is allowed to stay in Germany».

While it was unlikely to assume the CDU would not react to the regional elections setback by exploiting the refugees presence as scapegoat or as the usual suspect, it is unrealistic to accept the notion that forced assimilation can yield some expected outcomes. Society can not be designed and planned under the threat of being expelled. As explained by Bassam Al-Kuwatli in an interview to Vita International, «European societies are trying to assimilate migrants: They are expected to dress, talk and act as the locals do. We need to respect their identity. We need not to push them into becoming something they are not. By allowing migrants to be themselves and giving them opportunities rather that seeing them are victims, they will follow the integration path and they will be happy to contribute to the country that is hosting them. They take from society and when they can they will get back».

According to Mr. Paolo Branca, professor at Università Cattolica of Milano the rhetoric employed by the German minister is just an effort to score political points with the electorate. An effort he deems to be worthless. «As we should not fall victim of multiculturalism relativism condoning the wrongdoings of migrants at face value due to the headships they have been through» he told Vita International «it is also true that those who do not want to comply with our social and cultural norms are a tiny minority. I am confident that there is silent majority of refugees that is waiting for an opportunity to integrate and especially to interact. It is a pity their voices, experiences, added values remain in the dark while the foolishness of few ones gets the headlines. Today, the only thing news worthy is stupidity».