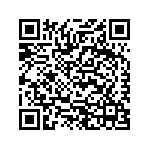 As the first migrants have been deported as a result of the Turkey/Eu controversial agreement to halt the influx of refugees in Europe, Vita International meets Imad Aoun, Save the Children spokesperson in Greece, to discuss the impact of the deportations on the Lesbos and Idomeni camps and the future of asylum seekers in Europe

Nearly 200 people from the Greek islands of Chios and Lesbos have been deported to the Turkish town of Dikili on Monday. They are the first migrants to pay the consequences of the EU/Turkey deal, which was signed at the end of March, as an attempt to curb the influx of refugees in Europe. Steve Peers, a professor of of EU law at the University of Essex, wrote that such mass expulsions from the Greek islands would be a “flagrant breach of E.U. and international law".

Vita International meets Imad Aoun, Save the Children spokesperson who is now in Greece.

From your sources what is the situation in Lesbos in the aftermath of the deportations?

From what we know 140 people were deported from Lesbos and between 70 and 80 others were deported from Kios, but there haven’t been riots or violent demonstrations, the reaction has been pretty quiet inside the camp. However the situation is extremely tense. Over 3,300 migrants are now stranded at the Moria centre where the living conditions are deplorable. The camp, which was designed as a transit facility, was transformed into a detention center over night, without accessing the camp’s capability. Since the EU/Turkey deal was signed on 20 March, an increasing number of migrants have been gathered here and people continue to arrive. Many are forced to sleep outside, besides, since there are several unaccompanied minors, we are extremely concearned about their conditions and their rights as well.

The Guardian reported that over 3.300 migrants have applied for asylum in the last few days. How long will it take to process these applications and what are the risks of having so many asylum requests in such a short period of time?

From what I know 3,300 currently held at the Moria detention center, however I cannot confirm the exact number of people who have applied for asylum. The number of asylum requests and the current situation is a cause of major concerns for us. As part of the EU/Turkey agreement, the EU governments declared that they were going to send lawyers an.d experts to help Greece dealing with the massive numbers of asylum application. However up to now only very few experts and lawyers have been sent to Greece, this is raising other key questions: who is evaluating these requests? And how is it being decided whois going to deported? People can ask for asylum for many different reasons, not just because they are fleeing a war. From what see however, it seems that the decisions regarding who has to be deported are based on the migrants’ nationalities and this would be a breach of the Refugee convention and of international law.

When were the deportees informed that they were going to be deported?

From our sources it seems that it was only a few hours before the deportation started. This is another aspect of the problem. People are left in a limbo with very little information about their future. We are dealing with a real information blackout which is contributing to the build-up of tension and fear. In Idomeni, officers are organising buses and transortation to move the migrants to other facilities in the north of Greece but many people refuse to go, as they are too scared of being deported. The lack of information is turning into a lack of trust. At the same time smugglers are taking advantage of the situation and spreading the word that people will be deported, in order to get paid to help them leave. Counter information is also a problem.

According to the EU officials the deportees will be sent to a detention centre in the north-west of the country, what will happen to them?

Unfortunately we are not sure. The situation is still extremely unclear and this is another big concern. We don’t know anything about this center, we don’t know if anyone has assessed the facility, we don’t know whether there is the capacity to deal with the deportees’ arrivals, we don’t even know exactly what these people’s legal rights are. The rush with which these deportations have been carried out seems to suggest that the priority was to send these people to Turkey, the preoccupation about their safety and rights came last.

Is there a precise deportation plan? Do you already know how many people will be deported in the next few days?

This is very unclear. It seems that nobody will not know anything until it happens.

Is the EU/Turkey deal working as a deterrent for migrants to cross the sea? Have you noticed a decrease in the refugee arrivals in Greece ?

The arrivals have always been fluctuating, depending on different factors, such as the weather and the situation in Turkey. The number of the arrivals declined last week, however it’s picking up again, which shows how much this agreement is detached from the reality of the situation. This deal it is not going to prevent these people from coming to Europe. They are fleeing the war, they have risked everything to leave their countries. They’ll try anything and this will probably reasult into an increase in smuggling and human trafficking. Besides we cannot forget that the deal does not consider the over 55 thousand people who arrived before 20 March and, after the closing of the borders across Europe have remained stranded along the Balkan route. They have no legal option and no other choice but to wait.