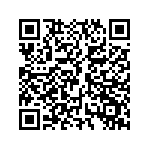 The new edition of the World Happiness Report 2016 showed that people are happier living in societies where there is less inequality of happiness. It also found that happiness inequality has increased significantly (comparing 2012-2015 to 2005-2011) in most countries, in almost all global regions, and for the population of the world as a whole.

The fourth edition of the World Happiness Report 2016, published by the Sustainable Development Solutions Network (SDSN), ranks 156 countries by their happiness levels. In previous reports the editors came to the conclusion that happiness provides a better indicator of human welfare than do income, poverty, education, health and good government measured separately. However, the gap between the rich and the poor keeps widening, and for the first time, the World Happiness Report deserved a special role to the measurement and consequences of inequality in the distribution of well-being among countries and regions.

This year’s winner is Denmark, followed closely by Switzerland, Iceland, and Norway. Italy ranked 50th. The unhappiest countries are Afghanistan at 154th, followed by Togo and Syria. Burundi comes in last at 157th.

«Because the GDP is determined by the market value of all final goods and services, it does not adequately reflect the true health of a nation, and needs to be replaced by more comprehensive measures», says Leonardo Becchetti, from The Center for Economic and International studies (CEIS), an organization established by the University of Rome Tor Vergata.

World experts on the subject of happiness have concluded that beyond the basic level of necessities to support life, such as adequate, food, water, housing, the following things can increase happiness levels. Simply put, the report provides evidence on how to achieve societal well-being. It's not by money alone, but also by fairness, honesty, trust, and good health. It is not so different, in fact, from Aristotle’s concept of eudaimonia: a state of bliss redefined today as “human flourishing”.

Doubts have arisen about the moral value of economic growth and the ethical base of progress. The science of economics became known as the science of wealth, with the hope that poverty and ignorance may gradually be extinguished.

The cause of happiness as a primary goal for public policy continues to make good progress. But can a government regulate happiness? So far, four national governments, Bhutan, Ecuador, Thailand, United Kingdom, United Arab Emirates, and Venezuela have appointed ministers of happiness, responsible for measuring happiness with an aim to using it to devise policy.

There are also more sub-national governments, from large states like Jalisco in Mexico to many cities and communities around the world, that are now committed to designing policies enabling people to live happier lives. Experimentation is easier at the sub-national level, and this is where we expect to find the most progress. These local efforts are often supported by more encompassing organizations, such as the Happiness Research Institute based in Copenhagen, and the Action for Happiness in the United Kingdom, designed to foster and transmit locally-inspired and delivered innovations.

«The evidence here will also be useful to all countries as they pursue the new Sustainable Development Goals which include ending poverty and hunger, increasing healthcare and the quality of education, reaching gender equality and many other great, humanitarian goals that would benefit the world» said Jeffrey Sachs, Director of the Earth Institute, Columbia University.

While The World Economic Forum produces an annual Global Competitiveness Index (GCI) that aims to capture the ability of each country to generate good jobs and high incomes for the population, sustainable development advocates do express the idea that a “good society” should focus on the triple bottom line of economic prosperity, social inclusion, and environmental sustainability.

Although with international migration reaching unprecedented levels of importance on both national and international policy agendas, very little is understood about how immigrants affect the happiness, or subjective well-being of native population in a given country. This is likely to be the topic for the World Happiness Report 2017, as any debate on immigration policy revolves around the ultimate effects of migration on the welfare of native populations.