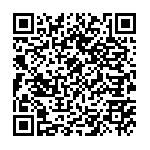 Discussing the possibility of new border checks, Europe's citizens have so far focused on the potential inconvenience for travelers from one country to another. Economists, however, warn of much more serious consequences. According to a study released by the Bertelsmann foundation, the reinstatement of border controls would pose an extraordinary threat to growth and prosperity.

A permanent reinstatement of internal border controls would have a dramatic effect on economic growth throughout Europe, causing a noticeable decline in prosperity.
For Germany alone, lower growth might be expected to produce cumulated losses of at least 77 billion euros between 2016 and 2025. In a more pessimistic scenario, losses could amount to as much as 235 billion euros.
For the EU as a whole, they would be likely to reach 470 billion. If Schengen were to collapse, moreover, the negative economic effects would be felt even outside of Europe. These are the findings of a recent study conducted by Prognos AG on behalf of the Bertelsmann Stiftung.
Reinstating border checks would result in higher costs and prices, which would have a negative impact on Europe's economic growth. Even in an optimistic scenario, which assumes that the price of goods imported from other European countries would rise by only a moderate one percent, growth would decline substantially. Based on conservative assumptions, Germany's weaker growth would produce losses of up to 77 billion euros over the ten-year period from 2016 to 2025. France's cumulative losses would amount to 80.5 billion euros. Over ten years, the gross domestic product (GDP) of Europe as a whole would drop by some 470 billion euros. A more pessimistic scenario assumes that the price of imports would increase by three percent. Cumulated GDP losses would then total 235 billion euros in Germany, 244 billion euros in France and 1.4 trillion euros in the EU.

If Europe's internal barriers go back up, it will put even more pressure on growth – which is already weak. Ultimately, it is the people who will pay.

To arrive at these figures, the study looked at the time that would be needed to check passports at Europe's internal borders. Longer waiting times mean higher labor costs for companies. Companies would also have to increase their stock on hand, since just-in-time deliveries could no longer be guaranteed. Both of these factors would result in higher production costs and, in turn, higher prices. When prices go up, consumer demand goes down and companies become less competitive in the international markets, which also reduces exports. Lower demand for goods ultimately leads to a drop in investments. When sales opportunities decline, companies adapt by cutting production. The result is less economic growth.

A suspension of Schengen would also affect the USA and China
In an increasingly interdependent world, these effects would lead to lower economic growth in non-European countries as well. If the price of imports were to rise by one percent, declining growth in the United States and China would produce losses of 91 and 95 billion euros, respectively, between 2016 and 2025. Assuming an increase of three percent, the cumulative losses in both countries would amount to approximately 280 billion euros.

About the study:
The calculations were carried out by Prognos AG on behalf of the Bertelsmann Stiftung, using a macroeconomic model that covers 42 countries and more than 90 percent of global economic activity. It looks not only at the creation and use of the goods and services produced, but also at the labor market and public finances, taking into account the exports, imports, exchange rates etc. of all of the countries involved. The model is used to calculate forecasts and possible scenarios.