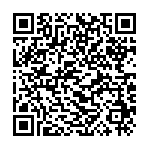 Today Mustang won the 2015 European Parliament LUX Prize for cinema in Strasbourg. The movie pictures five sisters fighting for their independence and unwilling to give up to partiarchal tradition.

The French submission in the Oscars race, Mustang follows five sisters in northern Turkey, as their family home is progressively transformed into a prison for them due to religious intransigence towards women.

“The echo you give me through this prize brings further questioning to the topic of this film” explained Ergüven when picking up the award. “Mustang shows five strong women who want to get away from a sometimes patriarchal and hypocritical society”, stated European Parliament President Martin Schulz, who presented the film.

The other two films on the shortlist for the 2015 prize were Mediterranea (Italy, United States, Germany, France, Qatar) by Jonas Carpignano and Urok (The Lesson) by Kristina Grozeva and Petar Valchanov (Bulgaria, Greece).

The LUX Prize ceremony will be followed by a series of conferences and panels focusing on cinema in Europe, including a panel on gender equality in the audiovisual industry, “A not very (gender) balanced endeavour”, which will see Vice-President of the European Parliament Ulrike Lunacek, MEP Julie Ward, EWA Network director Francine Ravenay,The Lesson’s lead actress Margita Gosheva and the LUX Prize winner, Deniz Gamze Ergüven, giving their insights on the topic.