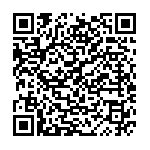 The State of World Population 2015 report, “Shelter from the Storm,” shows that of the 100 million people in need of humanitarian assistance around the world today, about 26 million are women and adolescent girls in their childbearing years.

Imagine you are a teenage girl living in a refugee camp. You go out alone to get some water and you get attacked and raped by a stranger. Imagine you are pregnant woman going to the hospital on delivery day and you find out it was destroyed by clashes caused by armed conflicts between ethnic groups.
Imagine going to your local clinic to get some urgent medicine but you find out that the clinic has been moved because of an earthquake.
So, what about you? Can you not envision and feel the pain caused by the tough realities these men and women experience every day?
Here some facts and data, provided by “Shelter from the storm”: the latest UNFTP State of the world population 2015, to make the case for understanding and motivating you to take action.
Before you read the data, keep in mind that this is not the typical dry UN report. It has a great layout and it offers touching stories as well. It is indeed a call to action to meet the needs and the rights of the people whose life has been turned upside-down by conflicts, natural calamities, disease, and poverty.

More than 100 million people are in need of humanitarian assistance, more than at any time since the end of Second World War. Among those displaced by or uprooted by disaster are tens of millions of women and adolescent girls.

Sexual and reproductive health services critical to the health and survival of women and adolescents are scarcest at the time they are needed most.

Three fifths of maternal deaths today occur in countries that are considered fragile because of conflict or disaster. Pregnancy and childbirth kill 507 women every day in these settings.

The health and rights of women and adolescents should not be treated like an afterthought in humanitarian response. For the pregnant woman who is about to deliver, or the adolescent girl who survived sexual violence, life-saving services are as vital as water, food and shelter

Over the last 20 years, there have been an average of 340 disasters per year, affecting 200 million people annually, taking an average of 67,500 lives a year.

Today one billion people (14% of the world population) live in areas of conflict.

Looking to the future: more financial resources but also a new approach is neeeded...

The current shelter, according to the UNFPA report, is unable to protect all those who need it. In 2014, for example, the United Nations required a record $19.5 billion to respond to humanitarian situations around the world, but faced a record $7.5-billion shortfall, jeopardizing the health and lives of millions of people. UNFPA in 2015 received less than half the funding it required to meet the essential sexual and reproductive health needs of women and adolescents. Because the demand for humanitarian assistance outpaces supply, a new approach is needed, with a new emphasis on prevention, preparedness and building resilience of nations, communities, institutions and individuals. A pathway to resilience is equitable, inclusive development that protects rights, including reproductive rights, the report concludes.