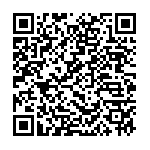 The recent second meeting of the Italian National Council for Development Cooperation brought together all of its main stakeholders, including members of civil society. The results of the meeting were disappointing, according to Nino Sergi, founder of Intersos, one of the most important Italian NGOs.

The Italian National Council for Development Cooperation (CNCS) met at the Foreign Affairs and Cooperation ministry last Wednesday, December 9, upon being convened by the deputy minister of development cooperation that presided the meeting, assisted by the Director General of the Directory general for development cooperation (DGCS) and the newly-appointed director of the new Italian Agency. The deputy minister listened carefully to the articulated views expressed by the directors on the various items on the agenda, intervening in the rich and engaging debate, and thus requested that the minutes of the meeting be sent to the competent parliamentary committees .

What you have just read here so far is just the fruit of fantasy, and of the strong desire to see this new concept of development cooperation being implemented, which all - from civil society, to actors in development cooperation, politicians and parliamentarians - have for years examined in depth, up until finding that maximum consensus that has been translated in the 34 articles of the new law 125 on international cooperation adopted in 2014, which marks a clear break from the past .

According to various testimonies, the reality is unfortunately quite different. The CNCS was summoned, but without prior documentation, except for a brief note circulated days before, which took up the suggestions on its articulation in working groups. Yet the agenda included important issues: the report on the progress of the reform and a debate on migration and development, in addition to the resolution on establishing working groups. In the three-hour meeting, which seemed interminable, there followed reports on migration, with the advisers being forced to listen as if they were in a workshop for beginners. It was impossible to address the other points, except in passing and then without any depth, by the closure of the meeting: the working groups are established, but the necessary discussion on how they would work was postponed; the establishment of the new Agency for development that will be born officially in January 2016 is progressing, and the draft of the decrees to be presented for the assessment of the director is already prepared.

As for the Deputy Minister for international cooperation, only authoritative repetitions that for the past five months have been authoritatively stated: that one will "soon will be appointed."

Minister of foreign affairs, Paolo Gentiloni, left the room immediately, after a few minutes of opening remarks, in which he highlighted things that were already on the radar of the CNCS: the revival of the strategic role of development cooperation, with an increase in resources of 125 million euros in 2016, 240mn in 2017 and 360mn for 2018; the completion of the reform that will project cooperation into the future; the appointment of Laura Frigenti as director of the Agency, after a careful and transparent selection procedure; Italian commitment of 10 million euros for the EU trust fund for stability and addressing the root causes of irregular migration and displaced persons in Africa. The management of the meeting was then handed over to Under Secretary Benedetto Della Vedova, a competent person in many fields, except for development cooperation, as he honestly admits.

As for the Deputy Minister for international cooperation, only authoritative repetitions that for the past five months have been authoritatively stated: that one will "soon will be appointed." This in defiance of the legislator that wanted him as the primary actor in the implementation of the reform.

It must be remembered that the fifty members of the CNCS represent the main public and private subjects, profit and nonprofit, of international cooperation for development: there included are the presidency of the Council of Ministers and the ten ministries most involved, the regions and the autonomous provinces of Trento and Bolzano, local authorities, the main networks of civil society organizations for development cooperation and humanitarian aid, universities, and the voluntary sector.

They are called (art. 12 and 16, Law 125/2014) upon to "express opinions on matters pertaining to development cooperation. In particular on the consistency of policy choices, strategies, guidelines, planning, forms of intervention, their effectiveness, and their evaluation”, as well as, “on the diagram of the three-year planning document and address” and (Art. 3, DM 1102 / 714bis, 28.11.2014) to express" recommendations” on these same matters.