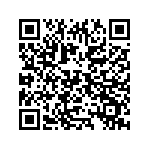 Roberto Morgantini and Elvira Segreto allocated all the their wedding gifts to a lunchroom for the poor. A story of love, solidarity and multiculturalism.

Roberto Morgantini, vice president of Homeless Association Piazza Grande, raised fifty-thousand euros for a social cause on the day of his wedding. He had been thinking about establishing a soup kitchen to feed the poor for years. He finally made his dream come true thanks to an original idea: financing the project through the money coming in from his wedding gifts.

Roberto Morgantini is very well known in his city, Bologna. Born 68 years ago in Piemonte, a region in the north of Italy, he moved to the city of Bologna when he was very young. He worked for forty years at an Italian trade union desk that was designed to provide support and services to migrants. He is currently the vice president of “Piazza Grande”, an association that has been taking care of the homeless since 1993.
Morgantini is a man who has always been sensitive to the growing needs of people. The soup kitchen has always been an obsession of his. "We had found cooks, waiters, volunteers, companies that offered to help, but the project had stalled because the funding needed for living expenses ( gas, electricity, rent ) required to ensure year-long operations.

To overcome the impasse he decided to do something that would draw public opinion’s attention: right on the day he would marry Elvira Segreto, his partner for 38 years. «We realized we had to do something that would catch people's attention, an idea that would touch people’s hearts».
So, we decided to allocate all the wedding gifts proceeds into a lunchroom: we needed at least twenty-thousand euros to equip the kitchens.

In the end we collected fifty-thousand euros thanks to word of mouth from many friends and the involvement of the entire city. Looking back, I think we witnessed a real social mobilization, with offerings ranging from 5 to 500 thousand euro.

The call for donations was also echoed by famous people and citizens in cities such as Palermo in Sicily, and people in Palestine and Germany. But the gesture that impressed me the most came from the boys of the Center for Mental Health of Gemona, a small town in the north of Italy. These young men handcrafted the "party favors" in bricks. They organized a dinner to collect extra funds, and donated thousand euro themselves" recalls Morgantini.

The wedding ceremony was held at Palazzo Accursio in Bologna on June 27th 2014. «It was a feast of colors and people from all over the world. We were happy either for the wedding and for the great goal achieved» said the groom. The reception turned into a parade of songs and dances featuring the heritages of different cultures; dishes of traditional Bolognese cuisine were served along with ethnic food. Indeed, all Bologna’s foreign communities were mobilized to celebrate the newlyweds. The Filipino community prepared noodles, the Moroccans showed up with cous cous, and the Palestinians offered some maqluba. The menu included Colombian cakes, Greek specialties and dishes from Eritrea. Over all, it was a celebration marked by many flavors, many cultural heritages and many meanings.

«We were finally able to inaugurate the soup kitchen located in Via Battiferro less than a month after the wedding. The soup kitchen is working well. At this stage it is open three days a week until noon. We plan to provide food also in the evening, as well as starting a home delivery service for those who cannot leave their homes.
This place is a privileged observatory as well. Our establishment is like an antenna capturing what happens on the ground in our society. And what we saw is that needs are exponentially increasing; We are witnessing a transverse need that involves Italian citizens as well. The consequences of economical crisis concerns all, not only immigrants. Precariousness and economical uncertainty are always lurking. That’s why we introduced a new service: when people walk into the soup kitchen, they can be befriended by a "facilitator". This is a sort of older brother figure who sits with the folks, talks to them, and listens to their problems and provides them with support. Through our contacts within our solidarity network, we then try to offer help in other areas, especially employment. The soup kitchen is not limited to providing food, it aims at being something else».

Check the website www.civibo.it in case you are interested to support the soup kitchen initiative. Your ideas are also valuable. In the section, Cosa proponi? (what do you propose ? ), you can pitch an idea that will be shared with in a network of associations, businesses and individuals.