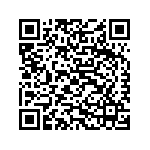 In garages, classrooms and community spaces across the world, a quiet revolution is taking place: the Maker Movement. From individuals working on hobbies to entrepreneurs with growing businesses, Makers are a tech-influenced DIY community who create, hack and tinker. The movement is already sizeable; in 2014, 131 Maker Faires – the bulk in North America and Western Europe – were organized by the US company Maker Media, with the largest held near San Francisco over two days, attracting more than 130,000 visitors.‘Quiet revolution’ is now rather a misnomer, and not just because the soundtrack to Makers’ work is the hammering of tools and whirring of machines.
The Maker Movement is increasingly global and high-profile, and many Makers are turning to social problems – and more importantly, solutions. One of them is Karsten Fuhst, who attended his first Maker Faire in Hanover, Germany, in 2013, and came across a presentation on ‘How to change the world with vacuum cleaners’.
“That sounded so strange, that I had to listen,” Fuhst says. What he heard was Professor Wolfgang Pittroff, of Mekelle University in Ethiopia, describe his institution’s struggle to afford books. If they could digitize textbooks and provide them to students on tablets, this would be much cheaper, the professor said. Pittroff told the audience about the Linear Book Scanner, an open source design by Dany Qumsiyeh, an American Maker, which used a vacuum cleaner to pull pages through one by one – hence the talk’s title – and he asked for helping in creating something similar.

Fuhst decided he wanted to help, and mobilised colleagues at the oilfield services firm where he works. Together, they formed the non-profit organisation Mäqädat, which means ‘to copy’ in Ethiopia’s Amharic language. Fuhst and his team have now adapted Qumsiyeh’s design. “The scanners should be possible to build in Ethiopia with as few machines as possible, by personnel who are not Makers, and be easy to maintain,” Fuhst says. The team will showcase its latest prototype at October’s Maker Faire Berlin. “Hopefully that will be almost the final version for Ethiopia,” says Fuhst.

Alongside Faires, another key breeding ground for Maker ideas is universities. Fabio D’Agnano, who is responsible for the educational projects section of the Rome Maker Faire, is a professor at Venice’s IUAV University. In 2012, he was supervising the thesis of Serena Ruffato. “She was working on 3D scanning and printing of architectural designs to make tactile models for the blind, and at the point of adding information to the models, D’Agnano suggested she put digital, touch and audio technologies all together,” explains Gilda Lombardi, who together with D’Agnano and Ruffato, is the third member of staff at Tooteko, the company that resulted from the thesis. What the trio created was a system that involves three elements: a 3D-printed tactile surface tagged with near field communication (NFC) sensors, a high-tech ring that detects and reads those sensors and an app for tablet or smartphone that interprets and explains them. The Italian designers are currently working with Antenna International, the world’s largest provider of museum audio guides, to apply Tooteko to the Ara Pacis, an ancient Roman altar in Italy’s capital. “Our goal is to make art venues accessible to blind people. Visitors will be able to touch the Ara Pacis figures on the frieze and hear them tell their stories,” say Lombardi. The company will next look at how Tooteko can be applied in the areas of pharmaceuticals, ‘edutainment’ and board games, she adds.

A key technology for Makers, 3D printing is also at the heart of e-Nable, a web-based project that has been mobilising volunteers across the world. In 2013, Jon Schull, a research scientist at New York state’s Rochester Institute of Technology, saw a YouTube video describing how a South African carpenter and a US film prop maker had collaborated to make a 3D-printed prosthetic hand for the carpenter, who had lost his fingers in a recent accident. Schull saw the potential, and started the online network e-NABLE to bring other potential designers and fabricators of prostheses together, and match them with the people needing them. The result is often cheaper and quicker than mainstream prosthetics, and many users report preferring the Maker-produced versions. Raymundo Angeles, one of two founders of 3D printing company Tridinauta in Monterrey, Mexico’s third largest city, put the company on e-NABLE’s map last year. “We loved the fact they used their knowledge in design, engineering and 3D printing to such a great cause,” Angeles says. After first signing up last year, Tridinauta recently printed its first hand for a local nine-year-old boy – one of more than 1,500 created via e-Nable. Angeles is working on an improved design as part of a Master’s degree.
“After this work is completed, in around December this year, the model will be uploaded and shared for free to continue the cause,” he says. In the meantime, Angeles has also been making contact with other organisations, and plans to start a charity to support people with amniotic band syndrome, which causes many of the limb defects that e-NABLE treats.

With the growth in 3D printing, one Indian Maker spotted an opportunity to both provide the filament – the raw material that is put into the machine – and help the needy. Sidhant Pai graduated from the famous Massachusetts Institute of Technology in 2014 with a degree in environmental engineering. In 2012, he and his father Jayant, who had recently become interested in 3D printing as a hobby, founded Protoprint. Across India, there are well over 1m ‘waste pickers’ - sometimes referred to as ‘rag pickers’, a term Pai dislikes. These are people who grind out a living finding what they can in rubbish dumps. “I feel that a lot of people know about the waste picker community but very few people really understand their lives,” says Pai. “I was really interested in how we could find some way with low-cost technology to improve their lives.” The Pais created a machine to produce filament for 3D printers, made using plastics recycled by around 40 local pickers. “The whole first 15 months of this project were reasonably bad. We moved relatively slowly, the machines we got did the job, but the result was relatively poor,” Pai says, though he adds that the product has since improved significantly – good news both for clients and for Protoprint’s impoverished suppliers. “Our real goal is to empower the waste pickers,” he says.

Many of the Makers whose work tackles social issues are in the area of disability and adaptive technology. There is also the US-based Open Wheelchair Foundation, which is developing open source designs for 3D-printed electric wheelchairs that should cost a fraction of the cost the chairs would command on the open market. In the UK, a wheelchair-dependent Maker called Philip Case, also known by the alias Cap, is creating a very special wheelchair – one powered by brainwaves, using cutting-edge Arduino technology.
While many Maker projects are very high-tech, others focus much more on traditional skills that have been forgotten in recent years, or indeed simply on participation and involvement. Knowing that the movement develops skills as well as products, governments are tracking its progress; as early as 2013 it was reported by the Wall Street Journal that the Chinese government had announced it would emulate the Makerspaces – communal workspaces used by Makers now spreading across the globe – by creating “100 government-supported innovation houses”.

While some Makers identify with labels such as ‘Makers for good’, this represents a misunderstanding of the movement, according to one influential figure. He is Dale Dougherty, the founder of Maker Media, which as well as organising Maker Faires, publishes Make Magazine, which has been described by the BBC as “the Das Kapital of the Maker Movement”. Dougherty says: “I hear the phrase ‘Makers for good, but it sort of irritates me that people try to frame it and say that you’ve got to actually go out to do good. If Makers are doing something that they are interested in and that improves their lives, then it probably is good.” As a young and dynamic community, it is easy to see why the Maker Movement would reject such labels and classifications, although it is clear that there is a lot of social value in the movement. Dougherty believes that for Makers, doing good is the norm, not the exception.“There’s nothing wrong with not doing something for a specific assigned social reason,” he says. “Good things come out of people doing things that matter to them.”